KE$HA SAY'S SHE ADDED THE DOLLAR SIGN IN HER NAME AFTER RECIEVING NO ROYALTIES FROM FLO RIDA'S ROUND RIGHT! 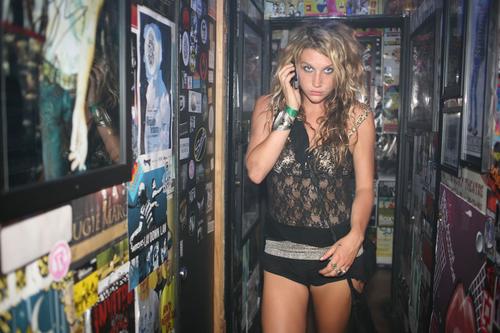 ContactMusic: Pop sensation KE$HA added the dollar sign to her stage moniker after failing to recoup any royalties for singing on FLO RIDA's RIGHT ROUND.
The newcomer made download history over Christmas (09) when her debut track TiK ToK shifted more than 610,000 copies - the most sold in one week since the chart started in 2003.

She beat Flo Rida's chart-topping track - which features her uncredited vocals - into the number two spot.
And the singer reveals the lack of recognition for her work on the rapper's song led her to add the currency symbol to her name - because she was so broke.

She says, "It was an accident I was even on the track. I didn't make any money off it, that's why I put the dollar sign in my name as a joke.
"But I was happy singing in bars, wearing clothes I found in garbage and surrounded by people who love me."