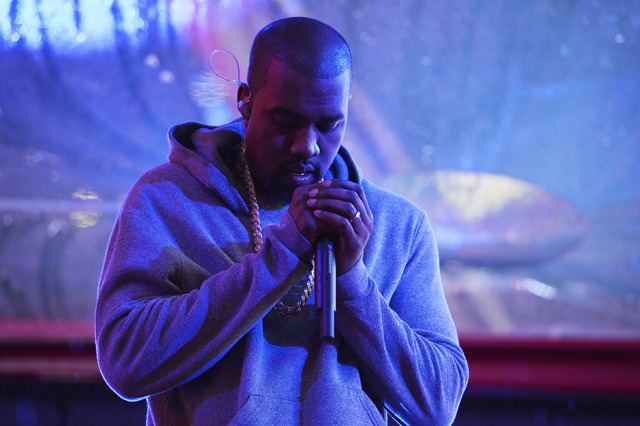 Kanye West is turning back the clock.

The polarizing rapper plans to perform his groundbreaking 2008 electropop and R&B album "808s & Heartbreak" in full next month at the Hollywood Bowl in Los Angeles, according to Complex.

Yeezy hasn't actually confirmed the throwback concert yet, but Ticketmaster has already posted a Sept. 25 listing for the show, with tickets set to go on sale to the general public on Sept. 4.

The LP, which was West's fourth, was revolutionary at the time of its release, as it transcended traditional rap with its heavy doses of Auto-Tuned lyrics and haunting synths.

The album was West's first since his mother, Donda, passed away, and it came soon after he broke up with his fiancée, Alexis Phifer, who he had been with for six years.
The album received mixed reviews at the time, as West abandoned his more mainstream style of rapping in order to passionately sing the highly personal tracks.

It's received considerable praise as the years have worn on, however, with many current artists such as Drake, the Weeknd and Future releasing songs with a similar hip-hop and electronic blend, according to Rolling Stone.

The LP consists of 12 tracks, including hits "Heartless," "Love Lockdown" and "Amazing."