Kanye West wants to expand his Yeezy empire into the automobile industry. Ye kicked off the week by naming frequent collaborator and veteran sneaker designer Steven Smith as the Head of Donda Industrial Design. In addition to footwear, Smith will be working on furniture and the first-ever Yeezy car. Smith played an integral role in the design concept for the Donda Foam Vehicle, which was unveiled for the first time on Tuesday (July 5). “Donda Foam Vehicle, Conceptualized, Designed, Manufactured in the United States, Amen,” the official statement from Yeezy read. The burly, blacked-out car boasts tank-like features and oversized wheels in the mold of the all-terrain Sherp machines Kanye was known to drive throughout his Wyoming ranch. 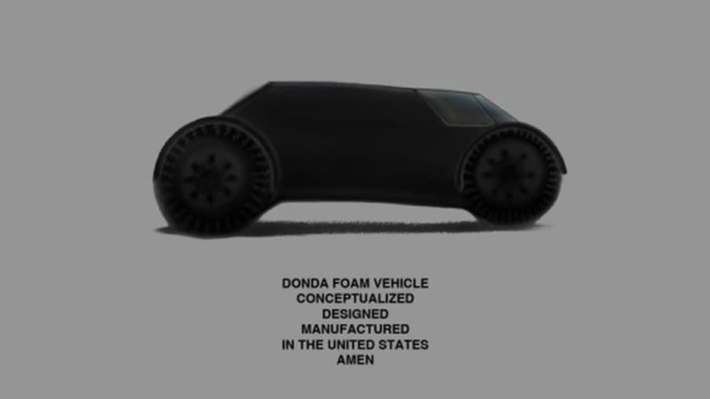