Kanye West Brings Out Jesus On Stage In Seattle 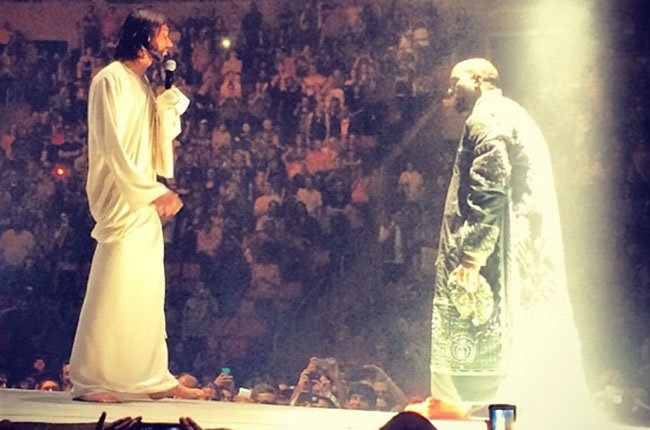 Kanye West kicked off his 'Yeezus' tour in Seattle, WA on Saturday and as always, left people talking.
The show, which reportedly started two hours late due to an equipment truck being stolen, lasted two hours. Ye' performed material from his six-album discography, including live debuts of "Yeezus" cuts ("Hold My Liquor," "I'm In It" and "Guilt Trip"), according to Consequence of Sound.

But what has the Internet stunned is the stage production (which included a giant mountain top), merchandise (t-shirts with skulls and confederate flags printed on them), and Kanye West's guest, a Jesus Christ look-alike. The actor dressed as Jesus walked on stage before 'Ye performed his College Dropout hit, "Jesus Walks." "White Jesus, is that you?… Oh, shit!," he said jokingly, according to MTV News. Ye', alongside a group of women back-up dancers dressed in white, later bowed to the Jesus look-alike as he stood on the mountain top. 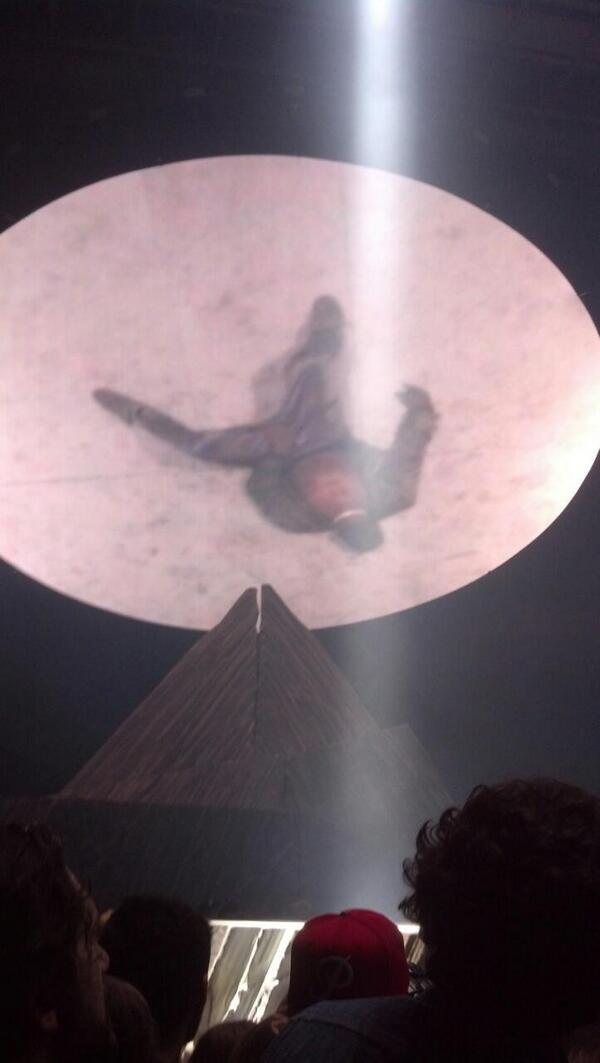 Don't go to that Yeezus show. This what Kanye does all night. Nigga LITERALLY lays on the stage all night.