Justin Bieber got arrested in Canada after a crash between an ATV and a minivan ... and now faces charges of dangerous driving and assault.

Bieber was taken into custody Friday afternoon in Perth County, Ontario. Police say there was a physical altercation between Justin and the other driver after they had a collision. Justin was photographed riding an ATV with Selena Gomez Friday in Ontario. 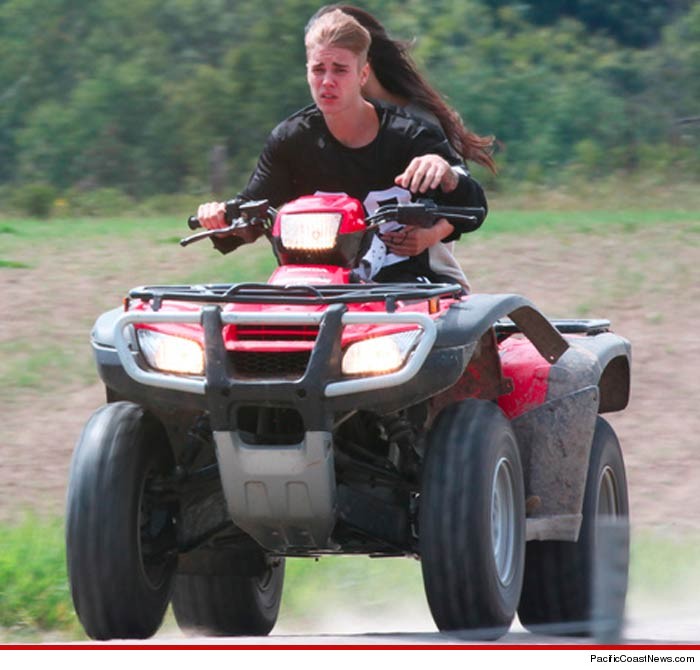 Police say Justin was released and will have to appear in court later this month.

He could have a bigger problem on his hands though -- Justin is on probation for 2 years after the egging case in L.A. So, it's possible this arrest could trigger a violation.