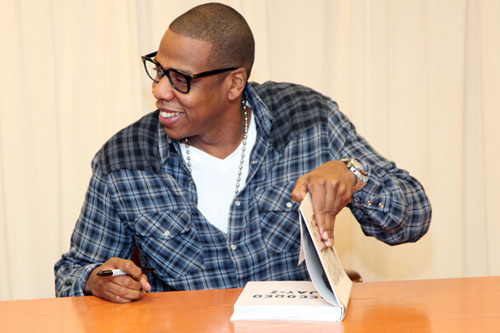 Jay’s new memoir landed at no. 3 on the “Hardcover Nonfiction” edition of the newspaper’s Best Sellers list for the week of December 5, behind only George W. Bush’s Decision Points and Lauren Hillenbrand’s Unbroken.Since its release, Decoded has been well-received by fans and critics alike. Plus, he had a unique marketing plan in place as well.Before its release, Jay formed a partnership with Microsoft’s search engine Bing, in which they previewed excerpts from the memoir through a viral marketing campaign with clues that pointed Jay-Z fans toward unique locations — from Brooklyn to London — where select pages from the book could be found.