“I didn’t learn how to swim until Blue was born,” he responded when asked about being a father. “There goes everything you need to know. This is a metaphor for our relationship. If she ever fell in the water and I couldn’t get her, I couldn’t even fathom that thought. I gotta learn how to swim. That’s it. That was the beginning of our relationship.”

Blue Ivy, who is now 9 years old, is the eldest of Jay-Z’s three children with wife Beyoncé. The couple’s twins, daughter Rumi and son Sir, will turn 4 in June.

Jay-Z also revealed how Blue Ivy reacted to her father being nominated for the Rock & Roll Hall of Fame in February.

“I got the [Hall of Fame] announcement, I was taking Blue to school, I was like, ‘This ain’t no celebration,'” he shared, suggesting Blue Ivy was less than impressed with the exciting news he had to share that morning.

Jay-Z has been opening up more about family life. In April, the father of three gave a rare interview with The Sunday Times, where he spoke about his children’s futures.

“Feeling loved is the most important thing a child needs, you know?” Jay-Z said, later adding, “What if my child doesn’t want to be in music or sports?

“I have no idea, right? But as long as your child feels supported, and feels loved, I think anything is possible.” 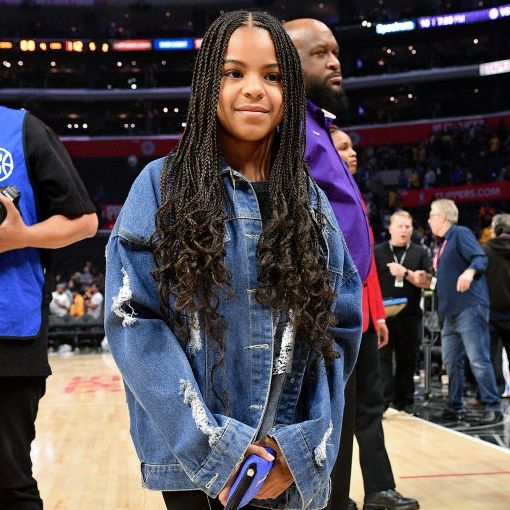