Jagged Edge Gets Kicked Out Of Jermaine Dupri's Birthday Party Jagged Edge got bounced from Jermaine Dupri's birthday bash at a swanky Atlanta strip club ... because the guys refused to ditch their ball caps at the door.

Gold Room host Kenny Burns says the R&B duo showed up under-dressed -- hoodies and caps -- for the exclusive event. Owner Alex Gidewon tried to compromise -- since it was Jermaine's party ... agreeing to let them in IF they lost the hats.

Jagged Edge refused, they got the boot -- which pissed off Jermaine BIG time ... and all 3 guys started cussing out security. Eventually they all got the heave ho.

JD bitched about how it all went down on Instagram ... but the club seems willing to forgive and forget in this case. Jagged Edge, on the other hand, has been banned from the Gold Room. 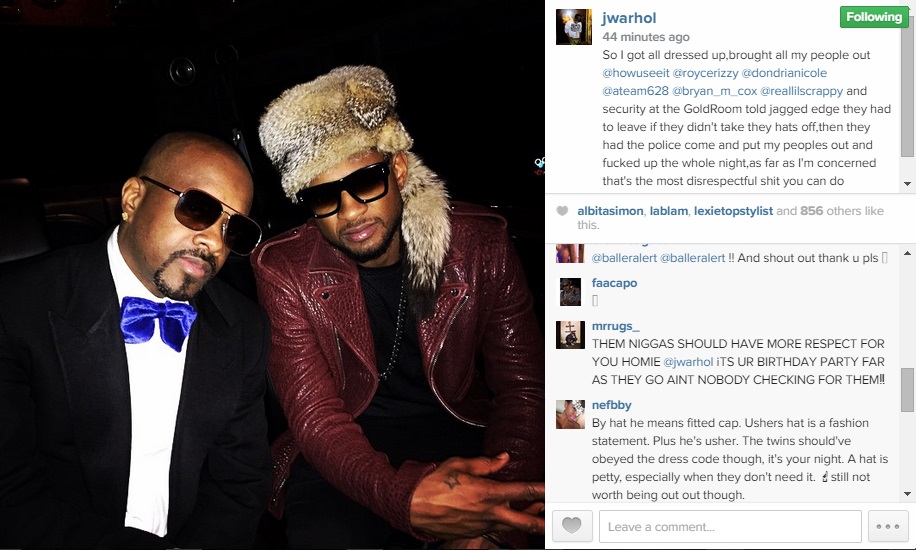