For the unfamiliar, 50 Cent continued down his most recent career path where he's both extremely petty and extremely online by purchasing hundreds of front-row seats to a Ja Rule concert on Groupon so that the seats would be empty. 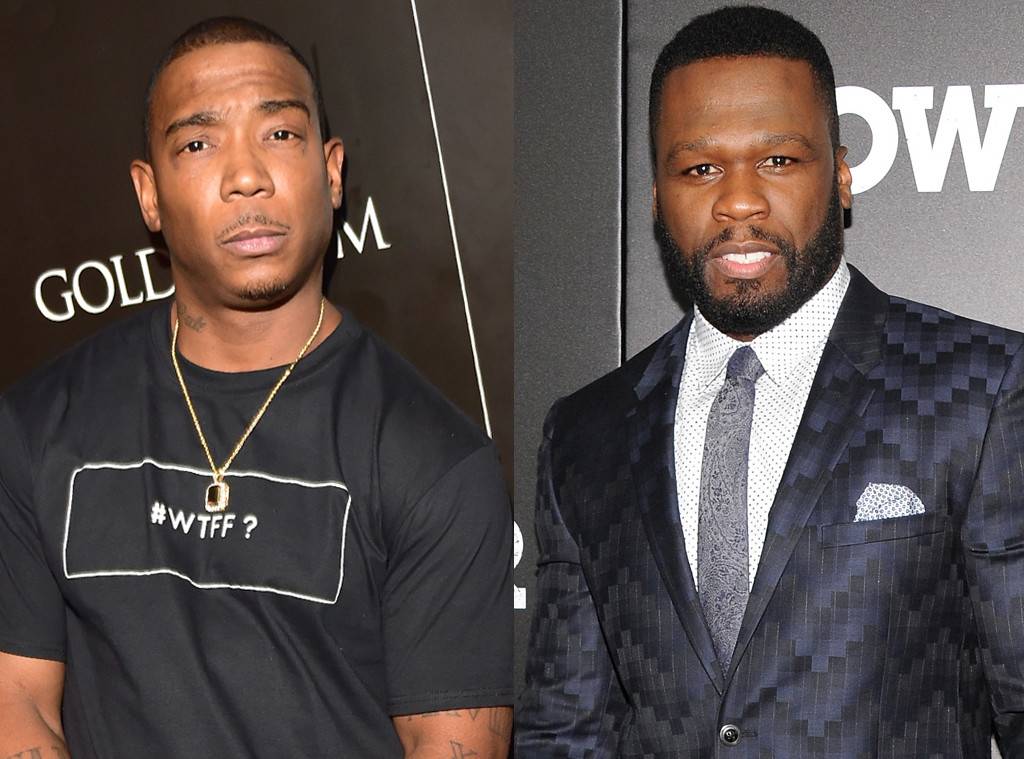 Ja Rule responded with a series of Photoshopped images showing 50 Cent as a woman and repurposing Fif's social media catchphrase to imply the rapper has sex with men and trans women.

Ja started by saying that he loves the way he "gets under [50 Cent's] skin on Twitter.

Then Ja reworked a photo from a brand event for 50's Effen Vodka, adding cartoonish sex toys to a promotional shot. 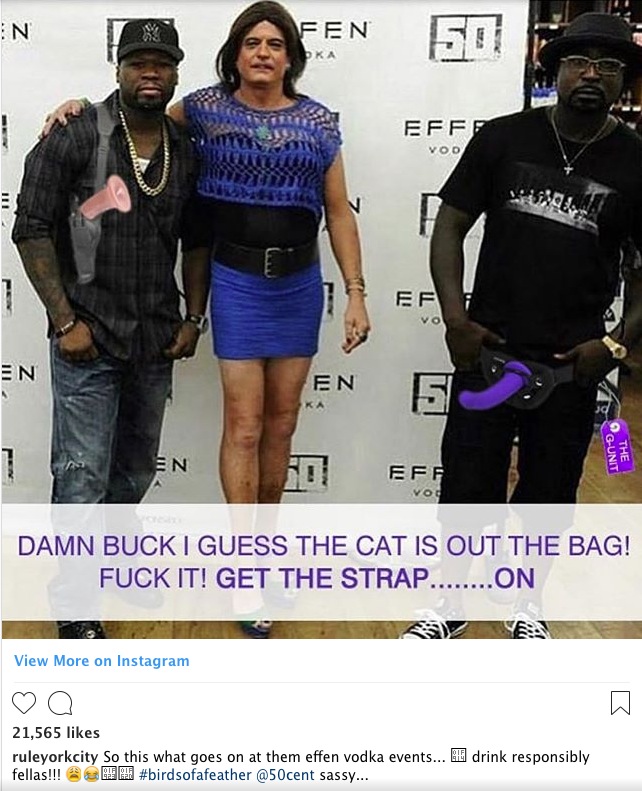 Ja then shared a few images where 50 had been edited to look like a woman. He also noted that the beef is unimportant to the larger world, implying that 50 needs to get a hobby. 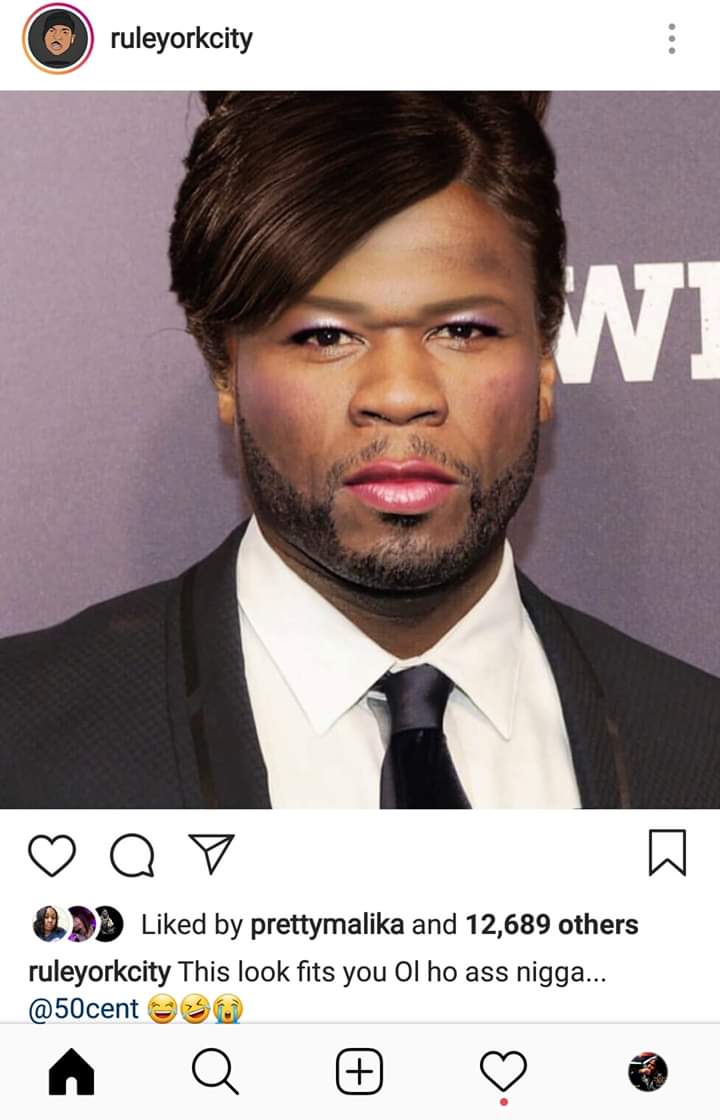