It's 2017 Welcome To Hollyweed 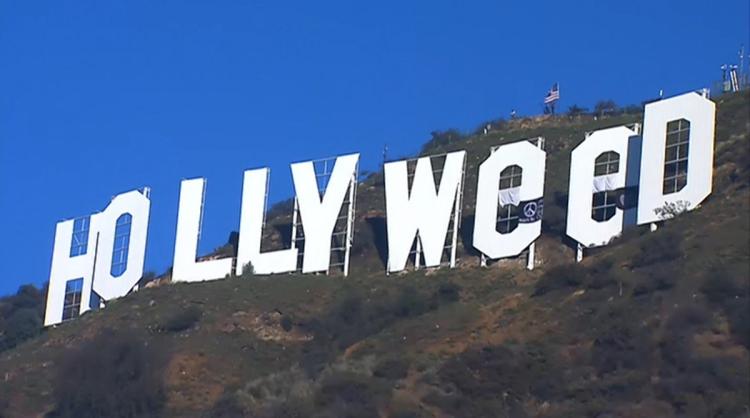 The new year got off to a blazing start in Los Angeles.

Someone in the first hours of 2017 altered the iconic Hollywood sign to make it read “Hollyweed” — a bit of high-minded hijinks that lit up social media.

“The 1st sun of 2017 rises over #Hollyweed...” Fox Sports 1 reporter Amanda Busick tweeted, adding, “whoever did this, bravo.” 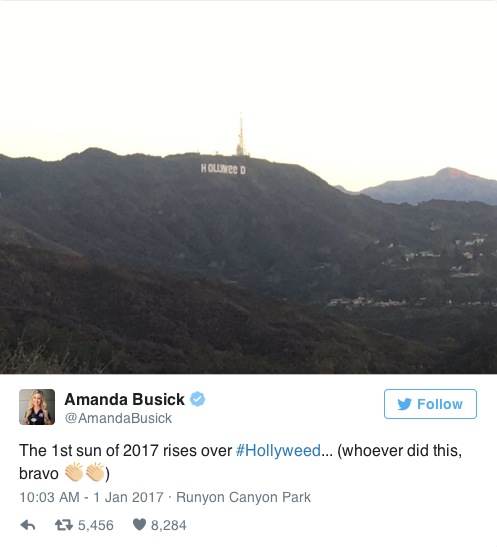 "Shoutout to whoever took the time and effort to make the Hollywood sign say Hollyweed,” another Twitter user wrote.

The pot prankster appeared to have put tarp over the sign’s O’s to make the herbal alteration. It had been changed back to normal before noon.

No one has claimed responsibility for the stunt.

Security footage captured a lone individual climbing the hills to cover the sign around 3 a.m., according to the Los Angeles Times. Police said the prankster could face a misdemeanor trespassing charge.

The smoke joke came on the first New Year's Day since Californians voted to legalize recreational marijuana through last year's Proposition 64, also known as the Adult Use of Marijuana Act.

But it is also similar to another stunt from 41 years ago.

He later returned to change it to “Holywood” and “Ollywood.” He was never charged with a crime, but city officials eventually stepped up security around the state’s most famous sign.