IS JAY Z GONNA CHANGE HIS NAME BACK TO SHAWN CARTER NOW THAT MATTHEW KNOWLES OFFICIALLY HAS A SON TO CARRY ON HIS NAME? 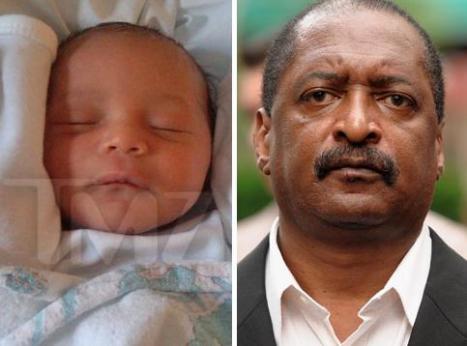 Beyonce Father Mathew Knowles Alexsandra Wright Baby:DNA Result – It is official Beyoncé Knowles has a little brother named Nixon. Since last October a California resident named Alexsandra Wright who is known in the entertainment industry claimed that she was pregnant with Beyonce’s dad/Mathew Knowles’ baby.
Well as it turned out the young woman has the proof that she is not a liar!
Knowles took a DNA test to find out whether he is the boy’s dad and the results are in: He is that father of little Nixon, born February 4 last year.
The adulterous relationship that lasted over 18 months is now costing Mathew $8,200 a month in temporary child support and that amount should double now that it has been proven that he did father the kid with Wright.
Tina must be glad she divorced Matthew before the news broke.