Elba wore a custom suit by Ozwald Boateng and Dhowre stunned in a Vera Wang gown with an off-the-shoulder detail. She changed into a V-neck dress complete with couture lace by the same designer for their black-tie reception.

The couple paid tribute to their exotic wedding destination with a “colors of the Souk”-themed dinner the night before the wedding at the Amanjena hotel. On Saturday they’ll be hosting an all-white festival-themed party at the Mandarin Oriental hotel.

The “Sexiest Man Alive” and Dhowre got engaged last year at a film screening after a year of dating.

Elba shares a daughter with ex-wife Hanne Norgaard, to whom he was married to from 1999 to 2003. He was also briefly married to Sonya Nicole Hamlin in 2006.

Photos of the celebration will be published in Vogue’s July issue. 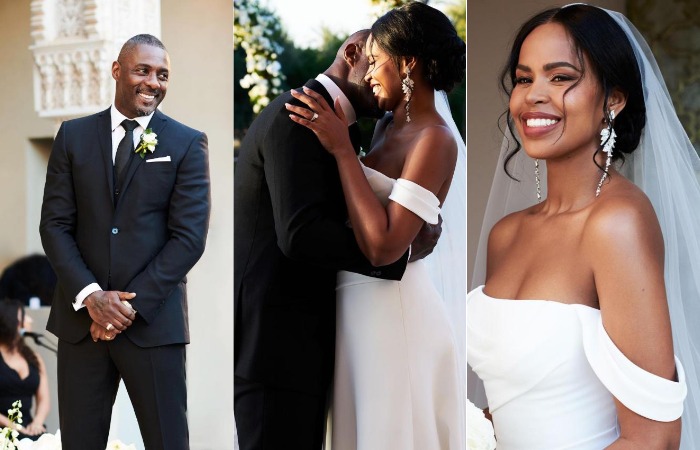