After a paternity test reportedly confirmed Future (real name: Nayvadius Wilburn) is the father of an eighth child with his seventh baby mama, fans can’t help but wonder who baby mama Eliza Reign is. After the Instagram influencer had a relationship with the rapper, she welcomed her daughter, Reign Wilburn, in April 2019 — and now she’s trying to establish paternity.

Eliza is requesting $53,000 a month in child support — a huge sum based on the “Life Is Good” musician’s estimated income of $19 million in 2019. Regardless of paternity, however, the rapper took issue with that figure. Instead, he argued that $450 per month would be more appropriate. According to The Shade Room, a DNA test confirmed he is, in fact, the baby’s father.

She's also seeking retroactive support, meaning she wants back support for at least a year. She will be requesting Future cover her attorney fees in the case. 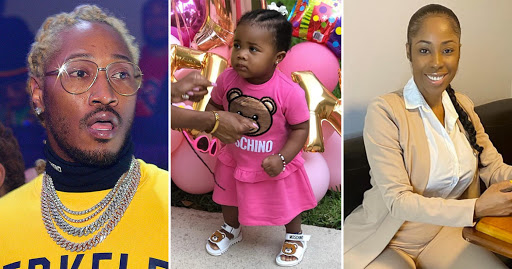