Jay-Z and NYC radio mainstay Funkmaster Flex definitely have no love lost, but their tension was just magnified now that Flex has co-signed a report that Hov cut a deal with former president Donald Trump in order to orchestrate the clemency release of Roc Nation CEO Desiree Perez.

According to a report from Variety Magazine, Mr. Carter reportedly cut a secret deal with the Trump Administration that he and his wife Beyoncé would not publicly support Biden’s campaign in exchange for Perez’s presidential pardon.

Flex took the the ‘Gram, sharing an image of the New York Post cover story about Perez’s cocaine bust that led her to allegedly wearing wire taps to assist the Feds. 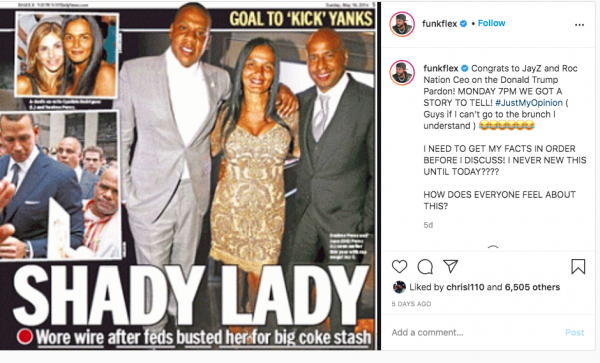