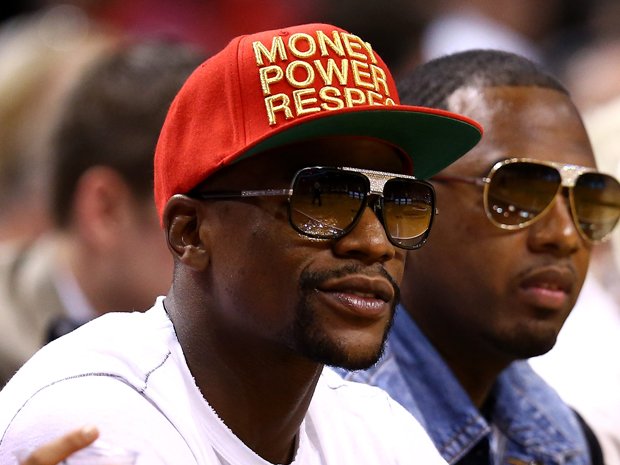 Mayweather, who's a huge NBA fan, was in Chicago with Canelo Alvarez to promote their Sept. 14 fight in Las Vegas. Thousands crowded into the Chicago Theatre for the event.