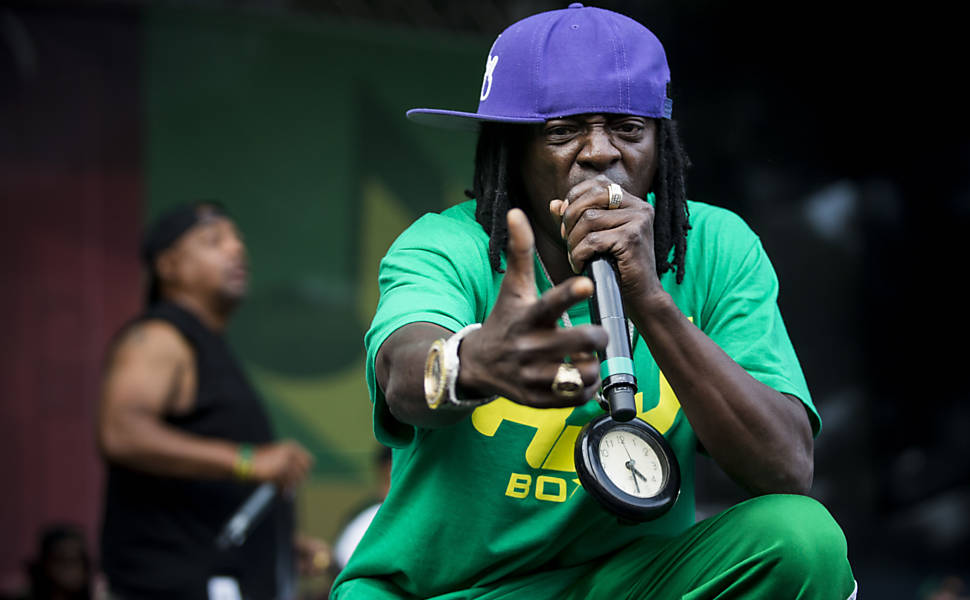 Flav — real name, William Drayton — contends that his Public Enemy royalties have dwindled to almost nothing in recent years. In the last few months, he and his representatives have attempted to get a full accounting of the money owed to him, but have been thwarted.

Flavor Flav and Chuck D were the two core members of the group. Chuck D was seen as the serious musical talent while Flav played the goofy hype man. The suit hints at years of pent-up hard feelings over this perception of their relative importance. Flav contends that there have been many attempts “to minimize his role in the Public Enemy business” over the years, while managers continued to exploit “his fame and persona to market the brand.” In addition to naming Chuck D as a defendant, the suit also goes after Gary Rinaldo, the group’s business manager since 2008, and Clifton “Greg” Johnson, who was until recently Flav’s longtime personal manager.

Flav alleges that he has not seen a dime in streaming or download revenue, and that the defendants have licensed Public Enemy’s image without his permission.

The suit states that Rinaldo “entered into merchandising deals for products as disparate as Public Enemy branded watches, dolls of Drayton and bicycles, all without consent of Drayton, all without advance notice or compensation to Drayton.” Flav also alleges that he was not consulted about a set of Public Enemy action figures, which were sculpted in Japan, and has received no payment from the sale of the toys.

This summer, Public Enemy made a new album, “Nothing is Quick in the Desert,” available as a free download for a period of just six days. Though Flavor Flav was listed as an executive producer on the album, he says he was completely blindsided by it.

The suit says that Flav was contacted this spring about the project, and agreed to come to California to record. 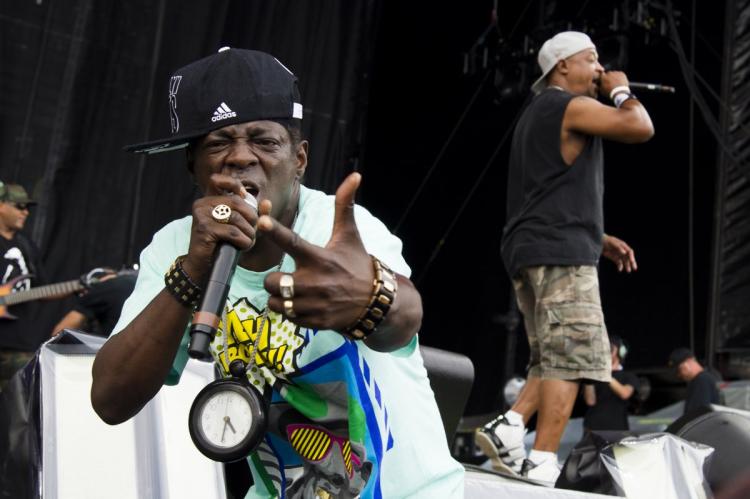 “Drayton was in need of money to support his family, and Defendants were aware of that fact,” the suit states.

Flav requested a $75,000 fee. After a day of recording, he was given just $7,500 and told that more money would be wired to him later. He says he went to his hotel to wait for the remaining amount, and when it did not arrive he went back home to Las Vegas. According to the suit, he did not believe that his recordings would be used because they were of poor quality, and was surprised when the album was released on June 29.

“He had never heard of the album, nor heard any of the final mixes,” the suit states.