Facebook Is Determined To Beat Out Its Biggest Rival TikTok 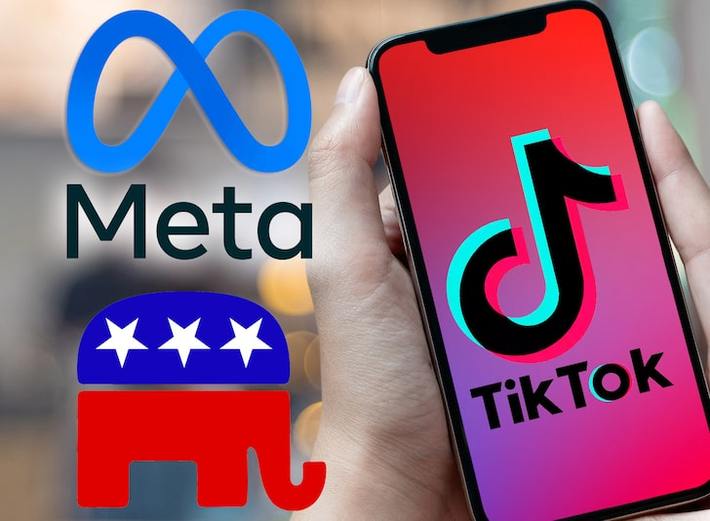 Facebook is determined to beat out its biggest rival, TikTok going so far as to hire a major political consulting firm to smear its competitor with an elaborate nationwide campaign. Facebook's parent company, Meta, is paying Targeted Victory a GOP consulting firm to turn Americans against TikTok and ultimately steer young users back to FB In an internal email obtained by WaPo, one of the firm's directors says Targeted Victory needs to "get the message out that while Meta is the current punching bag, TikTok is the real threat, especially as a foreign-owned app that is #1 in sharing data that young teens are using. The firm's tactics include targeting TikTok through op-eds and letters to the editor in regional news outlets, recruiting politicians, political reporters and public relations firms to help turn the public against TikTok and planting negative stories about the Chinese-owned app. You might have seen some of the negative press like stories about the so-called "slap a teacher" TikTok challenge, which actually started on Facebook. Targeted Victory is a huge digital consulting firm within GOP circles receiving $237 million in Republican campaign spending during the 2020 election cycle. It's unclear how much Meta is paying the firm.