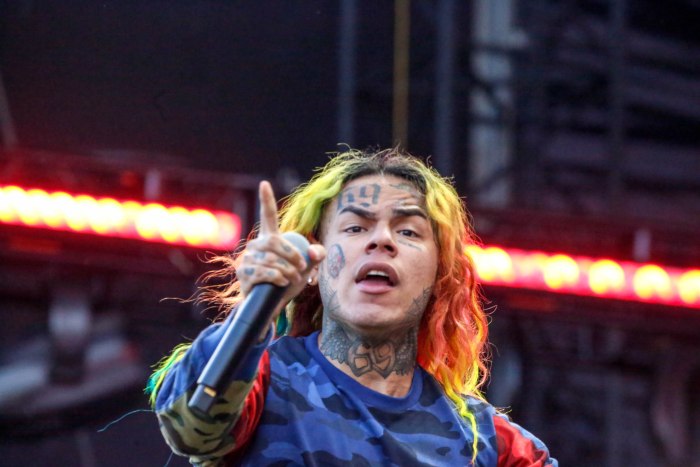 Former cop Arlicia Robinson accepted a plea deal on Nov. 27 — admitting she transported more than 100 grams of smack from the Bronx to Manhattan on July 25 of last year, according to documents filed in federal court.

The transcript of the hearing was removed from the public record.

Tekashi 6ix9ine was a notorious Nine Trey Bloods gang member until he flipped.

Tekashi 6ix9ine, whose real name is Daniel Hernandez, is expected to be sentenced this week for his involvement in the Nine Trey Gangsta Bloods and several shootings in 2017 and 2018.

Prosecutors have asked for leniency. 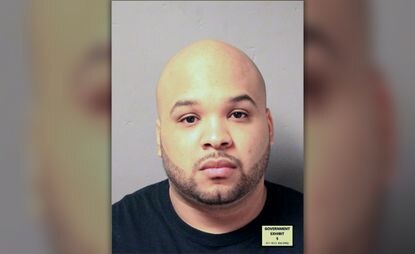 Kristian Cruz, a Nine Trey drug dealer cooperating with the government, confirmed on the stand that he’d hired a sergeant to transport drugs because he believed she would draw less attention from authorities.

“(The) sergeant was the girlfriend of a friend of yours. She was an NYPD sergeant, I believe?” asked attorney Eylan Schulman, who is representing accused Nine Trey gangster Aljermiah “Nuke” Mack.

Outside the courtroom, another attorney on Mack’s legal team, Lou Fasulo, confirmed Arlicia Robinson was the sergeant. Cruz is a key witness against Mack, who is accused of dealing drugs for the gang. He’s on trial alongside Nine Trey member Anthony “Harv” Ellison, who is charged with kidnapping rapper Tekashi69.

Robinson was indicted on Nov. 19, the same day the rapper and other alleged Bloods members were arrested in a gang takedown. The NYPD did not publicize her arrest and she has not appeared in court until now.

At the time of the bust, Robinson was assigned to a Housing Bureau command in Brooklyn that covered 22 projects in Bedford-Stuyvesant, Williamsburg and Downtown Brooklyn. The famed Bushwick-born rapper testified he filmed “GUMMO” at a Nine Trey clubhouse in Bed-Stuy.

Robinson has resigned from the NYPD and is out on $100,000 bond for a charge of possession of heroin with intent to distribute.

Robinson is back in court in March to face sentencing.