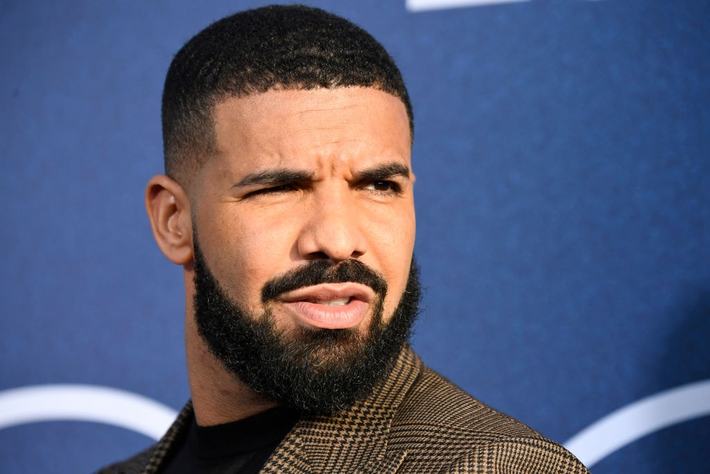 Drake was courtside at the Scotiabank Arena on Wednesday (November 23) as his beloved Raptors lost 112-98 to the Nets, guided by 29 points from Krie Irving But it was Drake’s teddy bear outfit that caught the eye. Drizzy wore a loose, cream-colored fur coat featuring two teddy bears attached to the front. He later posted photos to his Instagram Stories while tagging the designer, Jean-Charles de Castelbajac. The Moroccan/French designer behind the jacket, also known as JC/DC, took to IG on Thursday morning (November 24) to reveal his excitement over Drake wearing his jacket. “DRAKE/ @champagnepapi ,the legendary rap majesty in my teddy bear coat,yesterday at basket ball,” he wrote. “championship vintage from 1987 // post of the day on his account. Since many years the amazing talented artist follow my work ,he came in my studio to visit my archives, and wore the black teddy bear coat. He added: “l have a immense respect for this artist who like myself,have experienced many ways and territoire of creativity . 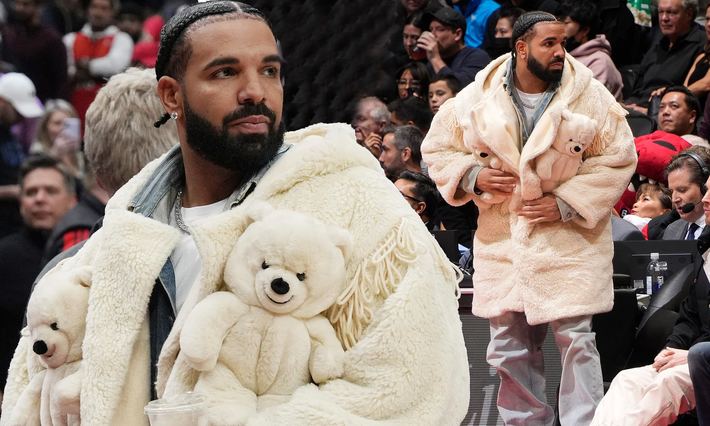