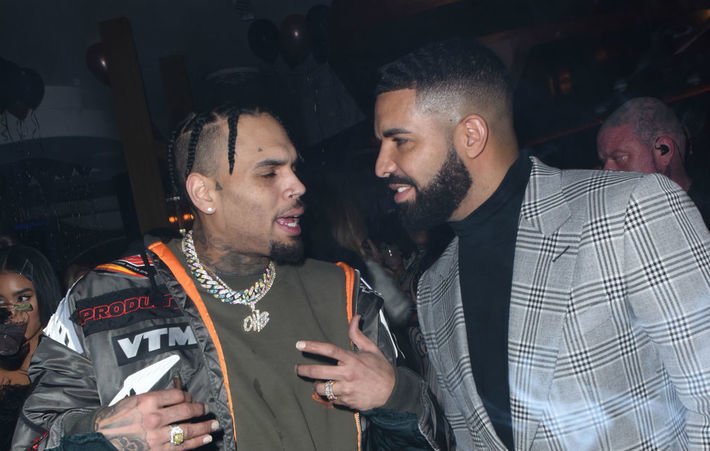 After recently teasing their collaboration, former rivals Drake and Chris Brown have officially released their new song, "No Guidance."

The song, which will appear on Brown's new album Indigo, marks the first time the pair have appeared on a track together since Nicki Minaj's "Only." They squashed their longstanding beef last fall when Drake brought Brown out to perform with him at the Staples Center in Los Angeles.

Indigo, which also features collaborations with Justin Bieber, Nicki Minaj, Lil Wayne and H.E.R., will be released on June 28.