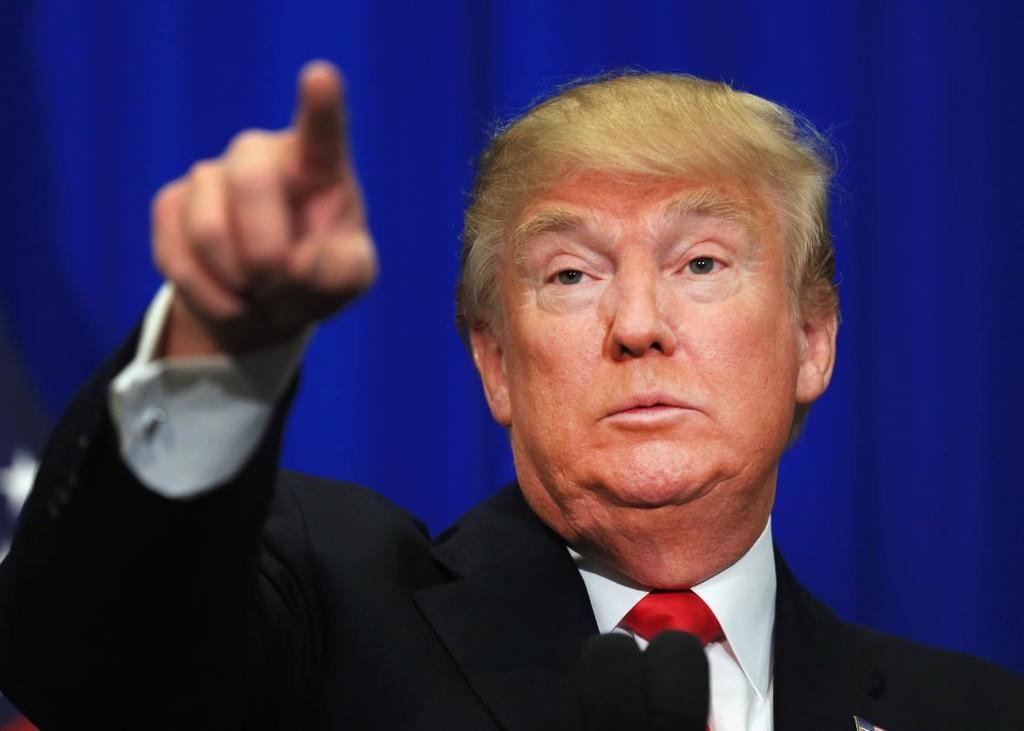 Amid continued protests and backlash, Donald Trump is changing his tune on the newly-signed executive order barring travelers from more than a handful of predominately Muslim countries. Trump shared a statement on Facebook Sunday (Jan. 29) denying that existence of a “Muslim Ban.”

“My policy is similar to what President Obama did in 2011 when he banned visas for refugees from Iraq for six months,” reads the statement. “The seven countries named in the Executive Order are the same countries previously identified by the Obama administration as sources of terror. To be clear, this is not a Muslim ban, as the media is falsely reporting.”

Despite an earlier tweet stating that Christians are being “executed in large numbers” in the Middle East,” Trump says he’s not prioritizing one religion over the other.

“This is not about religion – this is about terror and keeping our country safe. There are over 40 different countries worldwide that are majority Muslim that are not affected by this order. We will again be issuing visas to all countries once we are sure we have reviewed and implemented the most secure policies over the next 90 days.

“I have tremendous feeling for the people involved in this horrific humanitarian crisis in Syria,” he noted. “My first priority will always be to protect and serve our country, but as President I will find ways to help all those who are suffering.” 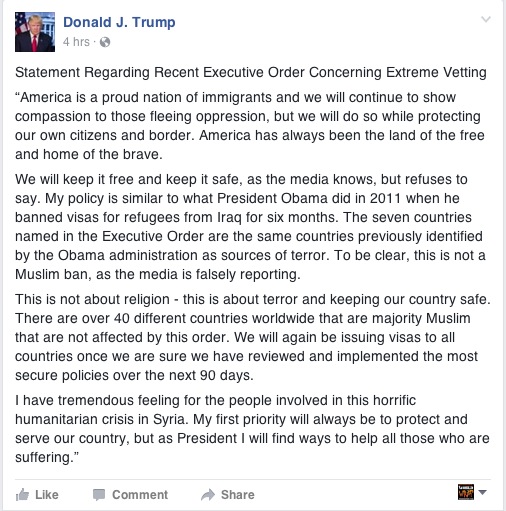 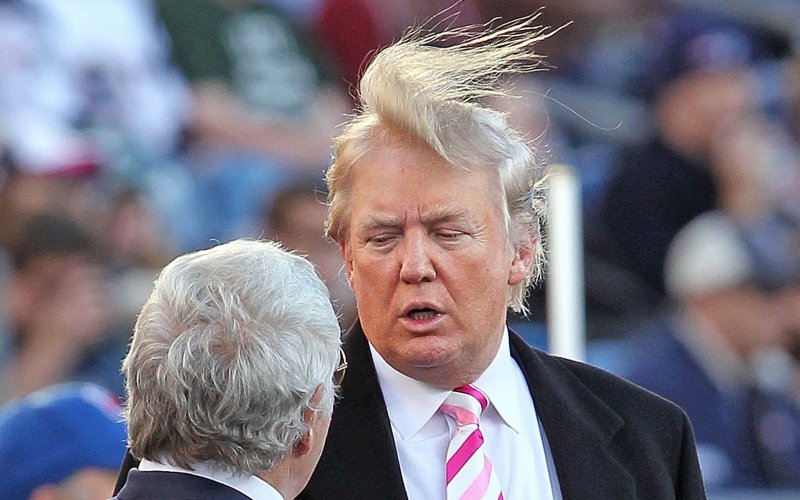