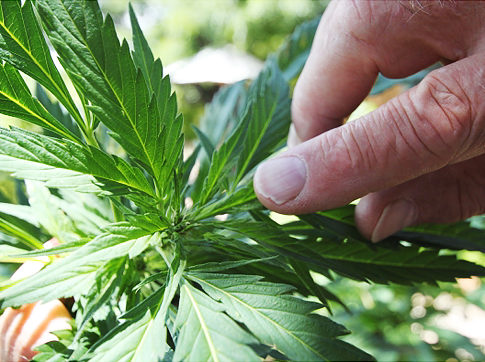 Police in Northern California seized 1,500 pounds of marijuana and arrested more than 100 people Friday at a pot farm in Mendocino National Forest.

The two-week operation to get rid of the illegal cultivation on public lands also resulted in the uprooting of a whopping 460,000 pot plants in the region known for its high concentration of pot farms.

In addition to the harmful consequences of drug trafficking, the public lands are also damaged by the marijuana cultivation.

But the forest is often a popular spot for marijuana farmers because of its remote location.