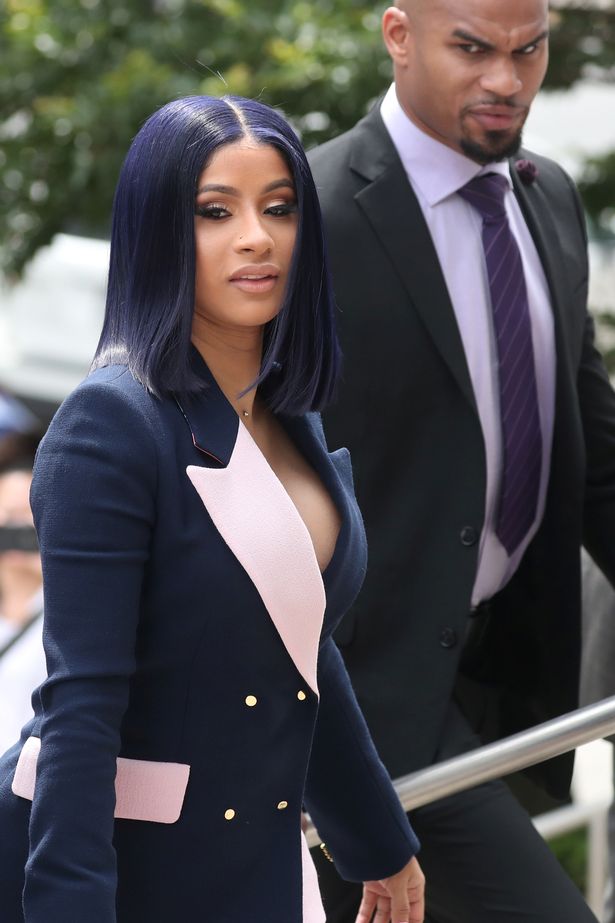 Cardi B commissioned an assault against a woman she thought was sleeping with her husband, Offset, planning the wild 2018 Queens strip club brawl on social media and discussing paying two people for the job, new court documents allege.

The Bronx-born rapper and co-defendants Tawana Jackson-Morel and Jeffrey Bush used social media to coordinate the time, day and location of the brawl — with Jackson-Morel and the “I Like It” star also discussing money being exchanged for the beat down, according to the Queens grand jury indictment.

The “Bodak Yellow” rapper, 26, pleaded not guilty in Queens Supreme Court on Tuesday to two felony charges of attempted assault charges plus additional misdemeanor charges after she allegedly roughed up two bartenders at Angels Gentlemen’s Club in Flushing last August.

If convicted, she faces up to four years in prison.

The rap royal’s lawyer defended her to a scrum of waiting press and fans outside the courthouse, calling her “a kind human being.”

Cardi B responds to people saying she's not black because she speaks Spanish .....