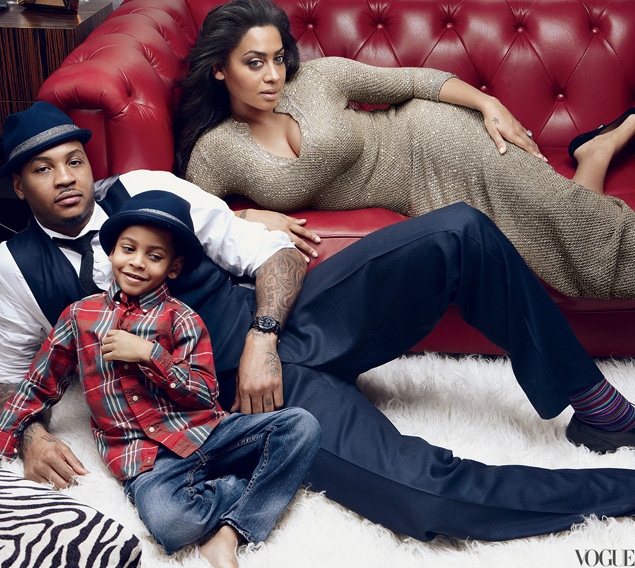 With her VH1 reality show “La La’s Full Court Life,” and a role in the upcoming film “Think Like a Man,” La La Anthony deserves to lay back and relax.

But life with husband, Knicks small forward Carmelo Anthony, and their son Kiyan, 5, is always a fast break, she says in the April issue of Vogue.

“I just really have so much going on,” says La La, 32. “I have (my new mineral-makeup line), my acting and my reality work — I’m just growing my brand all the time.”

Still, she says she always finds time to be fashionable.

“I like to wear clothes that make me feel good,” the former MTV VJ tells the magazine.

“She has an incredible body, and that’s obvious, so you don’t have to focus on things that are obvious,” says her “fashion lifestyle curator” Jason Bolden.

The curvaceous star says she’s aware of how the public perceives her, especially when it comes to her fashion choices.

“I love wearing something that makes people stop and say, ‘Where did you get that?’ On TV, you want people watching to say, ‘Hey, she looks great, even when she is dressed down. She just has a way of carrying herself,’ ” says La La, who counts Wang, Marni, Dolce & Gabbana and Zac Posen among her favorite designers.

As expected, La La’s hectic schedule can be tiring.

Still, La La wouldn’t have it any other way.

“This is the life I’ve always wanted, and basically it comes with the territory,” she says. “I love my life and my family, and I wouldn’t change a thing.”