Cardi B Shares Her Hair Secrets On Social Media 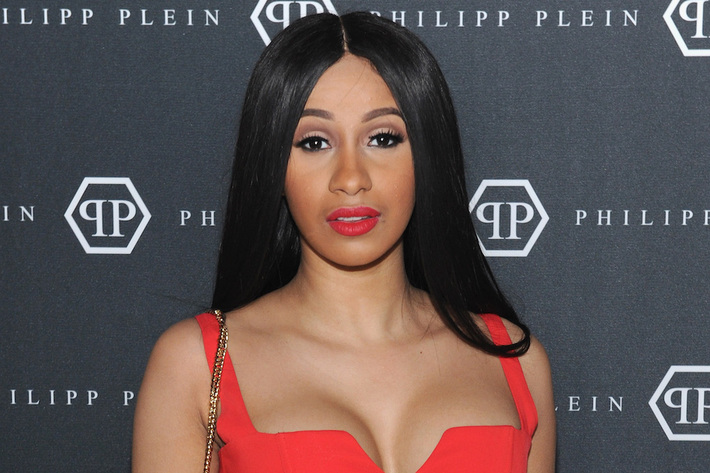 Cardi stopped by on social media to show us her natural hair. No this wasn’t a wig installed by her longtime stylist Tokyo Stylez, this was her natural hair and it has really grown leaving all of us with our jaws dropping while she flaunted inches upon inches of her fresh silk pressed straight strands. The Grammy Award winner went to Tik Tok on Tuesday revealing her full head of natural hair giving us a 360 view of her strands, freshly washed and blown out. After a few turns and a head toss she walks off camera and returns for the final reveal of sleek straight newly pressed hair that went past her hips with a caption that read “ I been using secret vegetable water on my hair….can you guess which vegetable is it? …here’s a clue. I did a tutorial on it about 6 years ago. The Bronx native also followed up the look on her Instagram in a video you can see her pulling her fingers through her strands and tossing them back and forth to show off the inches. with the caption “My Hair. No Tape-Ins,”Of course, we went and did some digging but couldn’t quite figure out what it was. We do know Cardi loves to create her own hair masks and in the past, she has used ingredients from her kitchen which include castor, coconut and argan oils, avocado, honey, and banana. The 29-year-old rap megastar previously revealed she also does regular hair masks and drinks alkaline water to boost hair growth and has admitted that she feared her hair would fall out after giving birth to her son. 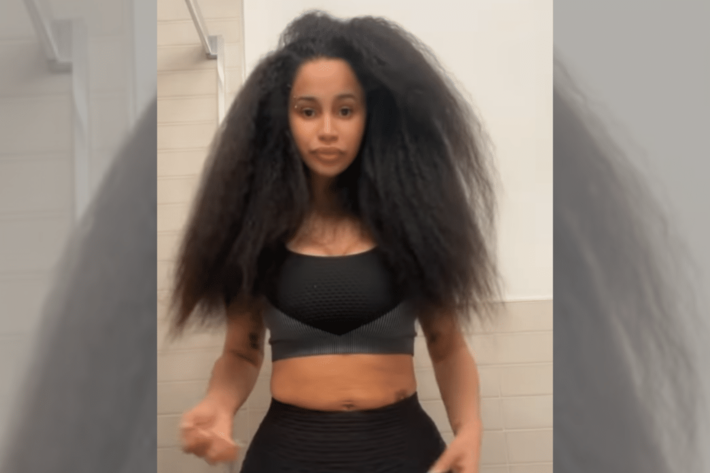