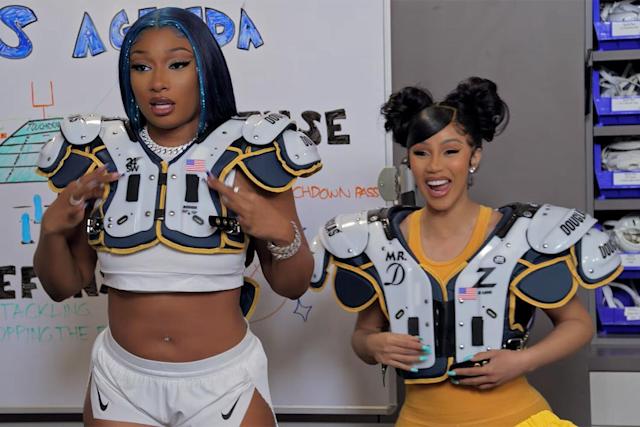 For the latest episode of Cardi Tries released on Friday (May 27), legendary former NFL tight end Antonio Gates put the pair of superstar rappers through a series of drills at the Los Angeles Chargers practice facility. First up, they ran the 40-yard dash and Meg smoked Cardi with a 6.5-second run while Cardi took about 7.9 seconds to make it the full way. Chargers stars Derwin James and Keenan Allen then showed up to help assist in the drills. They ran a tackling drill where they hit a dummy and Meg joked that the NFL guys are out here “playing bumper cars” with their bodies. The last drill they ran was for catching touchdowns and that went better than expected as Cardi threw on some gloves to improve her chances of reeling in passes. Keenan Allen knows a thing or two about catching TDs with 54 in his career to date. Meg even taught Allen a new touchdown dance, which he promised to add his own “stank” on and then perform in a game this upcoming season. 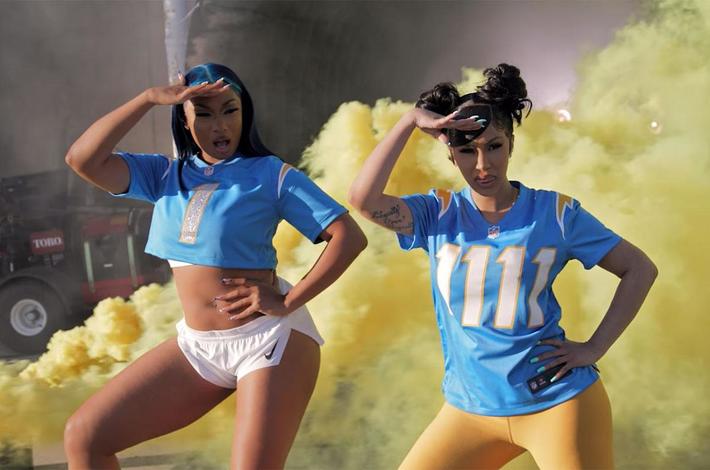 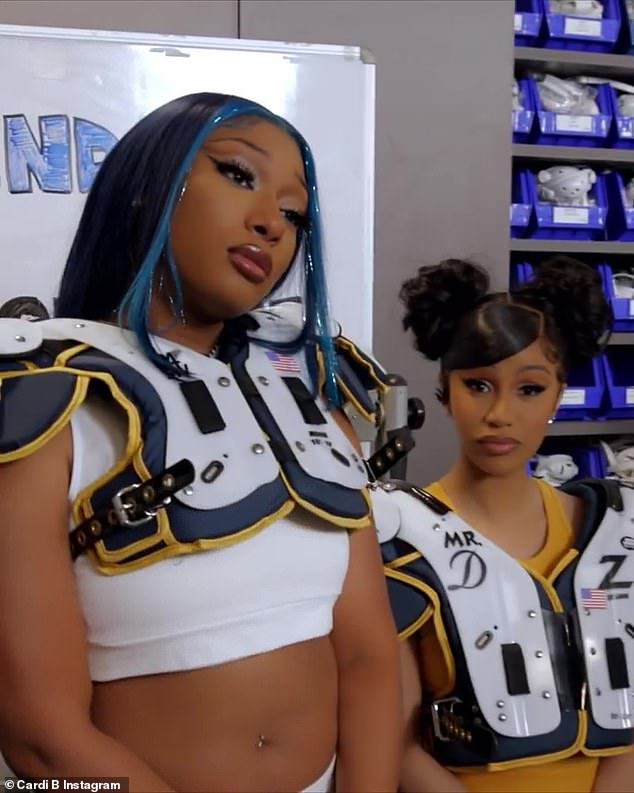