The Grammy-nominated rapper’s check-in lasted all of a minute Thursday (Jan. 31). She’s due back April 4 on misdemeanor reckless endangerment and assault charges. She posed for photographers lining the frigid courthouse steps.

Police say Cardi B, whose real name is Belcalis Almanzar, and her entourage were at the club around 3 a.m. Oct. 1 when she argued with a 23-year-old female bartender. They say a fight broke out in which chairs, bottles and hookah pipes were thrown, slightly injuring the woman and another employee.

Cardi B is performing at a Super Bowl concert this week in Atlanta. She starts a Las Vegas residency in the spring. 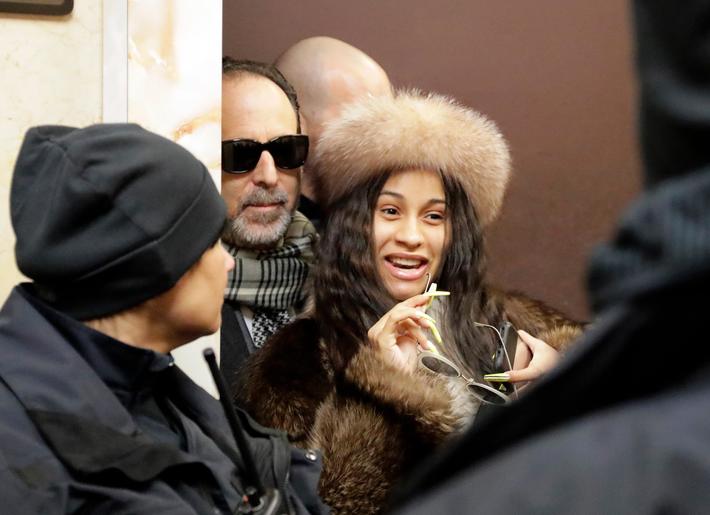