Cardi B And Offset Celebrate Parenthood With Pair Of Lamborghinis There’s no better way to celebrate expanding your family than acquiring not one, but two Lamborghinis.

On Saturday, Cardi B shared a snap of the pairs’ new his and hers Lamborghini cars. 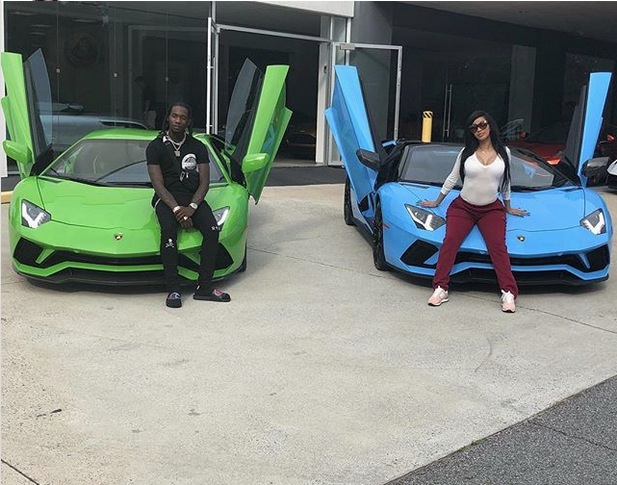 Offset is seen leaning on his lime green ride while Cardi B poses on her blue speed racer.

Offset, 26, posted a similar snap with the caption, “Lamb Talk.”

It’s been a whirlwind last few weeks for the couple as they welcomed their first child together, Kulture, mid July.

The “Bodak Yellow” rapper was also set to hit the road with Bruno Mars this September, but she dropped out weeks before the kickoff date.

“I thought that after giving birth to my daughter that 6 weeks would be enough time for me to recover mentally and physically,” she said. “I also thought that I’d be able to bring her with me on tour, but I think I underestimated this whole mommy thing.”