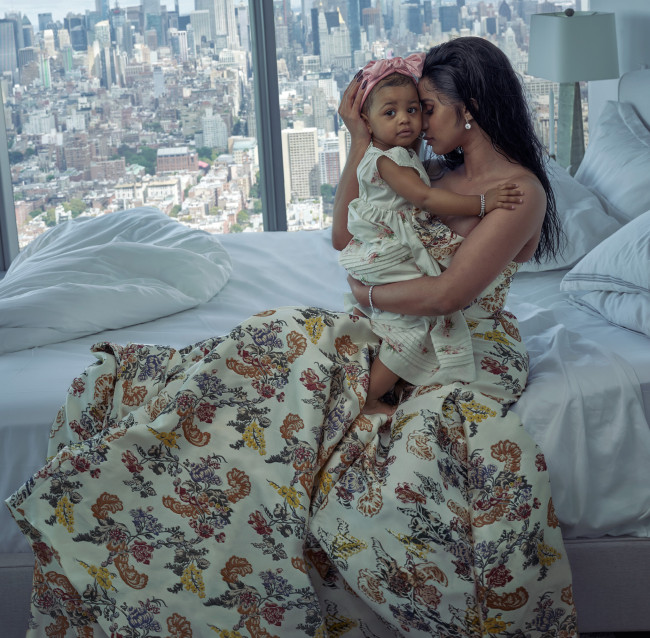 Vogue’s January issue is focused on motherhood and babies.

The magazine revealed on Monday the last of its four cover stars: Cardi B with her 17-month-old daughter Kulture. It’s the first cover of the venerable magazine for the “I Like It” singer, and it also marks her daughter’s magazine debut.

For the cover, Cardi, 27, is styled in a low-cut red Michael Kors Collection dress and red Jimmy Choo pumps, with Kulture matching in a red pair of shorts. Inside the magazine, the two twin in floral gowns, Cardi’s by Oscar de la Renta and Kulture’s by Brock Collection x Maisonette ($208). 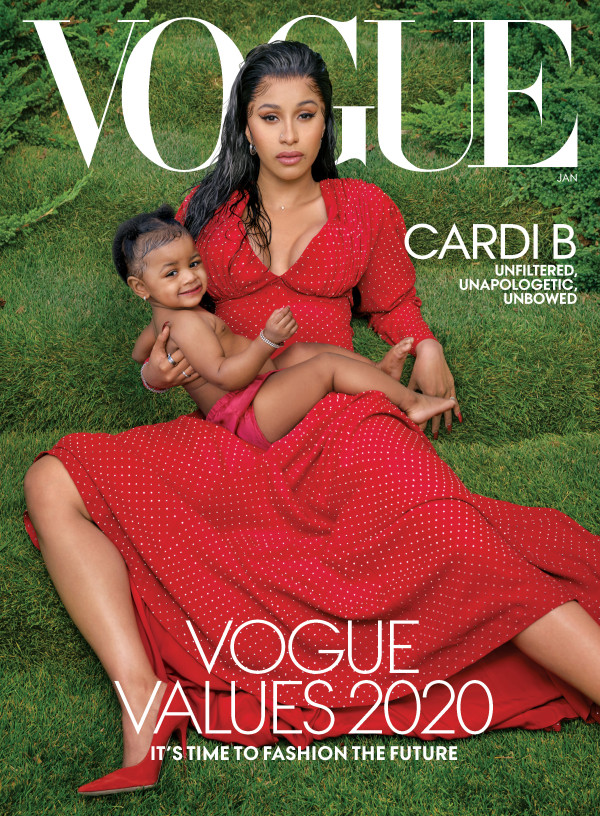 The cover reveal comes on the heels of supermodel Ashley Graham, 32, posing while pregnant for another version of the January issue’s cover.

Cardi told Vogue of motherhood, “Being a mom — how can I say it? Things are a little bit harder to balance, but it’s good for the mental. Like, if I’m playing with my daughter, I forget about the issues.”

“I could shake my ass, I could be the most ratchet-est person ever, I could get into a fight tomorrow, but I’m still a great mom,” the outspoken rapper said. “All the time I’m thinking about my kid. I’m shaking my ass, but at the same time I’m doing business, I’m on the phone with my business manager saying, ‘Make sure that a percentage of my check goes to my kid’s trust.'”

Cardi also revealed that she and husband Offset, 27, are planning to start a children’s clothing line — and naming Kulture as CEO.

“If my daughter wants to go to college, that’s OK, but I just want her to be an owner of whatever the f—k she wants to own,” she said. “Just be an owner. Be the boss.”