Cam'ron Speaks On Karen Civil I Told You She Was Stealing 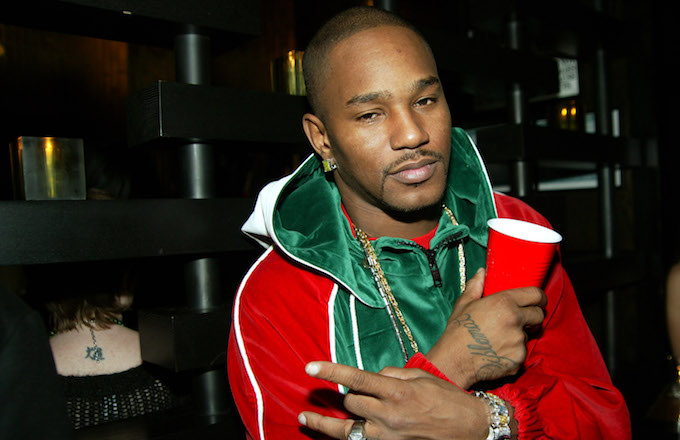 Cam'ron tried to tell people something was off about Karen Civil years ago. Civil became a trending Twitter topic after Joyner Lucas said she stole 60,000 in the early stages of his career, similar to what Cam’ron alleged in 2016.

In a “I told you so” moment, Cam took his thoughts on the matter to Instagram, writing, “Y’all gonna apologize or nah?! I figured y’all wouldn’t. For those that don’t understand, I told people Karin civil been robbing people, they said I was lying.

Now she just lost a court case to another female, now they say Karin is foul. When I said it…I was hating.. she also robbed Joyner Lucas for the same exact amount she did my guy duke da god 60k what a co-winky-dink.

The lawsuit Cam'ron is referring to was filed by comedian/media personality Jessie Woo. In an Instagram post dated Friday (September 17), the Love & Hip Hop reality star accused Civil of using a non-existent company as a way to obtain personal information” to use against her in an “extortion case for the sum of 3 Million Dollars.

Woo also alleged she attempted to book her for a fake appearance she believes was created by Civil to “embarrass & intimidate her. Evidently, the Superior Court of California agreed and tossed Civil’s case.

Meanwhile, Joyner Lucas on Saturday admitted he was initially fearful to speak up about his negative experience with Karen Civil, concerned it would stunt his career.

At this time I was afraid to speak up for myself becuz I didn’t want to get blackballed,” he said. “I had no idea how this industry Shìt works and I ain’t want you to drag my name thru the mud so out of fear i stayed. Until Cam'ron spoke up a few years ago on Twitter and then I did.

I’ll never forget the day you went on vacation with my money and then picked up the phone when I called you because you went ghost and you flat out told me ‘stop calling me I’m on vacation.’ you know how long I been waiting to do this? I been hating you for many years bruh. Joyner added, “I been waiting like 7 years to do this shit. I kept telling myself ‘watch when I get on. She fucked up.

It turned out that was just the beginning. Shortly after Karen Civil's name started getting dragged through the dirt, a Clubhouse room popped up to discuss the matter.

Civil herself joined the room and wound up admitting she once hired an amateur hacker to take down Hollywood Unlocked’s Instagram account in 2018 after the publication refused to remove a post from Love & Hip-Hop star James R who’d alleged Civil scammed him out of $17,000.

He’s [Jason R] absolutely right in a certain sense,” Civil said. “Yeah this kid is a hacker and yeah Jason… you playing this game, yeah I hit this n-gga.