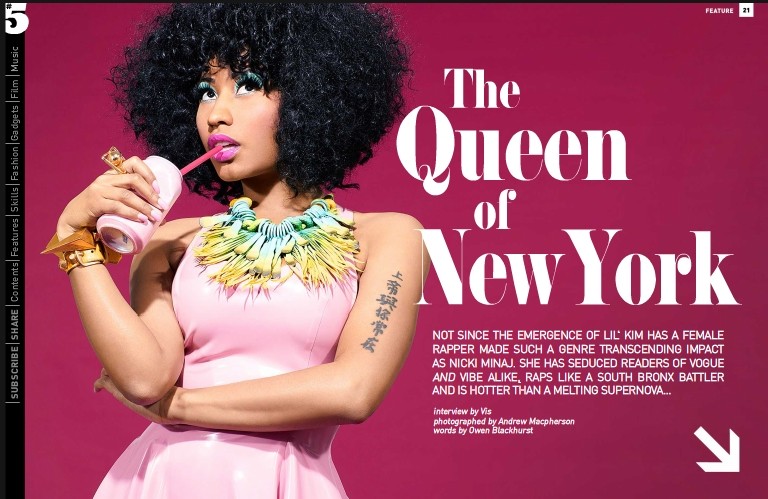 Nicki Minaj is featured as "The Queen Of New York" in the latest issue of Britain's #5 Magazine and in it spoke on a number of topics including her little brother.
Minaj, whose been known to keep her family life private, answered a few questions about her 12-year-old sibling and revealed that she'd never let him pursue a rap career.

“My little brother's a Pisces, I love him to death…right now he doesn't even like people, he doesn't want to interact with people he wants to play video games all day."

When Vis asked, ”Does your brother want to be a rapper?”, Nicki quickly responded,

“No, I would never let anyone I know be a rapper, darling" with no clear explanation why.