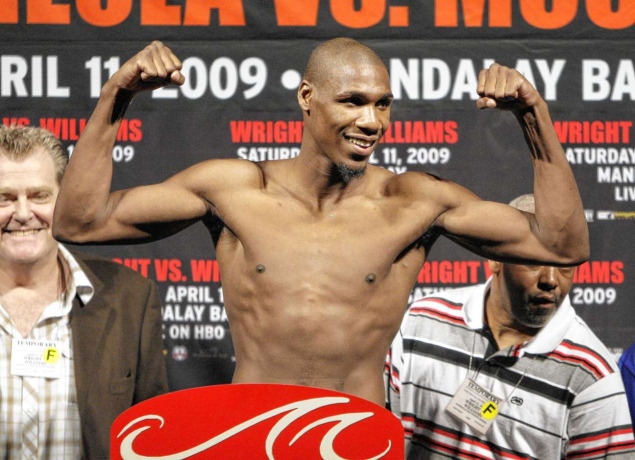 The boxer Paul Williams was speeding and was not involved in a near fender-bender with another vehicle as had previously been reported when he lost control of his motorcycle and got into an accident on Sunday that left his lower body paralyzed, the Daily News has learned.

An on-the-scene investigation by the Marietta (Ga.) Police Department revealed that Williams, a former two-time welterweight champion, was headed eastbound on South Marietta Parkway on Sunday at 7:35 a.m. at a "high rate of speed" when he got into the accident, according to David Baldwin, the public information officer for the Marietta police.

Williams, who was driving a modified sport motorcycle, "was traveling too fast for conditions (and) could not negotiate a curve and left the roadway," Baldwin said in a statement. "The motorcycle crashed into an embankment and Williams suffered serious injuries."

The investigation into the accident also revealed that "speed was the only contributing factor and that there were no other cars involved," Baldwin later said in a phone interview with the Daily News. That last part contradicts statements made by Williams' longtime manager, George Peterson, to the Daily News and other media outlets that Williams was trying to avoid a car when he lost control of his bike.

"He was traveling too fast for conditions and couldn't negotiate a curve," Baldwin said. "And the bike left the roadway."

Baldwin doubted that alcohol was a factor in the accident since the investigation didn't reveal that Williams had been drinking and because Williams was not known to drink.

"From what our investigation revealed there were no vehicles involved," Baldin repeated. "Speed was the only contributing factor."

Baldwin couldn't say how fast Williams was going but his manager said he was going around 70 miles-per-hour at the time of the accident. Williams was transported by Metro Ambulance to Wellstar Kennestone Hospital "in serious condition," Baldwin said.

Baldwin also said that charges were pending against Williams but did not say what those charges would be.

Investigators for the Marietta Police asked him to include that "charges are pending at this time" in the released statement without elaborating on the charges, he told the Daily News. The case remains under investigation.

Williams was the only one injured in the wreck.

"The investigators asked me to put that last line in," Baldwin said. "Could it be a suspended license? I don't know. It could be wreck related. I just don't know at this time."