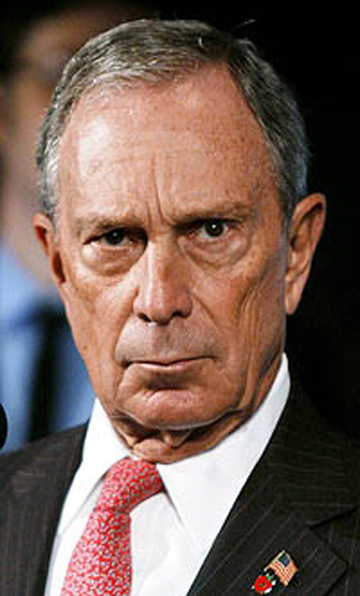 After taking on smoking, trans-fats and restaurant calorie counts, Hizzoner has yet another health hazard in his crosshairs: oversized sugary drinks.

The city is working on a plan to ban large soft drinks and other sweet beverages in eateries, theaters and most other venues, City Hall announced Wednesday.

The new rules, which could take effect next March, would prohibit cups larger than 16 ounces of any liquid that contains more than 25 calories per 8 ounces. That targets sodas, sweetened ice tea and energy drinks. Diet sodas and milk-based beverages — even calorie laden milkshakes — will remain lawful.

“Obesity is a nationwide problem, and all over the United States, public health officials are wringing their hands saying, ‘Oh, this is terrible,’” Bloomberg told The New York Times. “New York City is not about wringing your hands; it’s about doing something.”

The ban will extend to food carts, delis, even concession stands in stadiums and arenas, but not supermarkets and grocery stores, according to the administration’s proposal.

Cups bigger than 16 ounces would disappear from self-serve fountains in fast-food joints, although refills would still be allowed.

The anti-sweet drinks crusade got a bitter reception from the beverage industry.

“The city is not going to address the obesity issue by attacking soda because soda is not driving the obesity rates,” he argued.

Some New Yorkers also thought the plan will fizzle out.

“He can try, but he can’t stop people from getting what they want,” said cabbie Morshed Chowbhury, 27, of Jackson Heights, Queens. “Some days I can’t survive without coffee or big sodas.”

Victor Diaz, 24, was more receptive to the upcoming regulation.

“It will all depend on the person. But at least he's trying to help New Yorkers eat better,” Diaz said of Bloomberg.

He added that he just opted for a Gatorade rather than a Big Gulp on a recent run to 7-Eleven, seemingly not realizing the sports drink will also be banned under the proposed program.

The mayor, who some disparage as Nanny Bloomberg for his plethora of prohibitions, has been waging a lengthy war against the soda scourge. During his time in office, he unsuccessfully lobbied for a state soda tax and tried to stop he purchase of soft drinks with food stamps.

The administration is planning to push the plan through the Board of Health, the same body that authorized restaurant letter grades and calorie count postings. No additional authorization is required, sources said.

If the big-drink dryout will pan out, people will still be able to buy a double dosage.

Helen O’Connor, 40, from SoHo, said she plans to do just that.

“He’s going overboard,” she said of the mayor.

“If I can’t buy one big drink, I’ll buy two smaller ones.”

Whatever happened to freedom of choice? You can't even smoke a cigarette on earth anymore & now u can't have a Big Gulp if you want too! 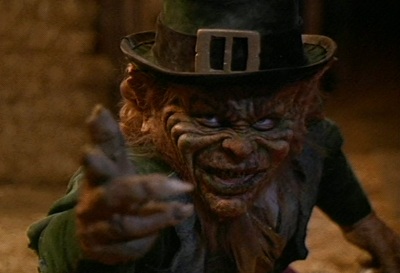 He paid for a third term to f**k us with no vaseline!

First it was cigarettes that now cost $11.75 a pack & tried to ban you from smoking in your own apts.

Then it was the oil the restaurants use causing the cost of food to go up! But u think he gives a f**k! No! He's rich & looking out for our well being.

After that it was Salt! Smh!

Now we're on Soda's! Telling us how big it can be!


He Been outta line along time ago! Us New Yorkers Had To Deal With 12 Years of this Leprechaun's Reign!