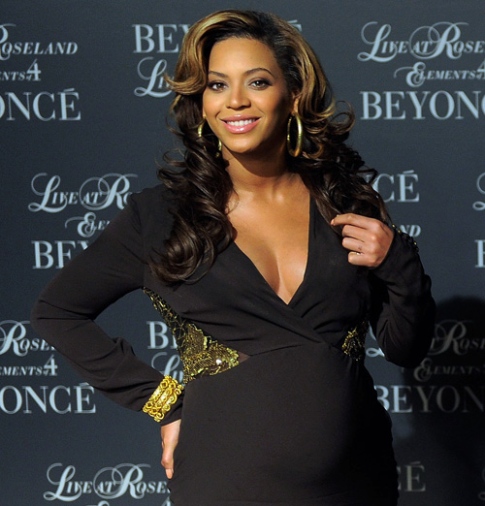 As 2011 comes to a close, Beyonce has her sights set on a very important countdown of her own.

The singer, 30, is said to be expecting her baby any day now.

Several staffers at New York’s St. Luke’s Roosevelt hospital have been ordered to prepare the facility’s labor and delivery suite for a “celebrity VIP,” the gossip site, MediaTakeOut.com, reported.

Alicia Keys gave birth to son Egypt in that same suite in 2010, according to RadarOnline.com.

There were, however, no obvious signs of additional security within the hospital on Thursday.

But photos of the Knowles family shopping around the city have further added to speculation that the due date is fast approaching.

Beyonce and husband Jay-Z reside in a multi-million dollar penthouse in the city.

The songstress has been low-key in the past few months, but in a clip from her “Live at Roseland DVD,” she waves at fans and says, “Hello! It’s Sept. 23 ... Right now I’m actually shooting the video for ‘Countdown’ and I’m six months pregnant, pretending that my stomach is flat in body suits.”

Beyonce first revealed her pregnancy on the red carpet at this year’s MTV Music Awards in August.

According to their prenup:

A child with Jay-Z is worth $5 million under her prenuptial agreement. She has her own empire and is a multi-millionaire in her own right. Jay-Z is worth at least $300 million, though, and his financial advisers are said to have encouraged him to draw up a prenup to protect his assets. He supposedly made it generous in order to be fair:

“The prenup calls for Jay-Z to pay Beyonce $10 million if the marriage ends after two years, and $1 million dollars a year for each further year she remains in the marriage, up to 15 years,” revealed a source familiar with the deal.

“He’s promised to pay her an additional $5 million for each child she bears him – for her ‘loss of income’ during the pregnancy and child-rearing years.”

Other provisions in the rumored prenup include “access to their private jet and a fleet of cars,” and all expenses paid college educations for their future children.

Doesn’t it seem like the prenup should pay out more the longer you stay with the person, like the amount increases per year so that spouses aren’t encouraged to cash out early? Maybe they assume that if you’re with someone for financial reasons it’s better not to include incentives to stick it out under false pretenses.

It seems like a necessity for celebrities and people with money to get prenuptial agreements since everyone’s chances at a lasting marriage are about 50/50. You also never know if you’ll have a successful career and eclipse your spouse’s earnings, and how your circumstances may change.