Beyonce & Jay Z Are Forbes' Highest-Earning Couple, Made $95 Million In A Year 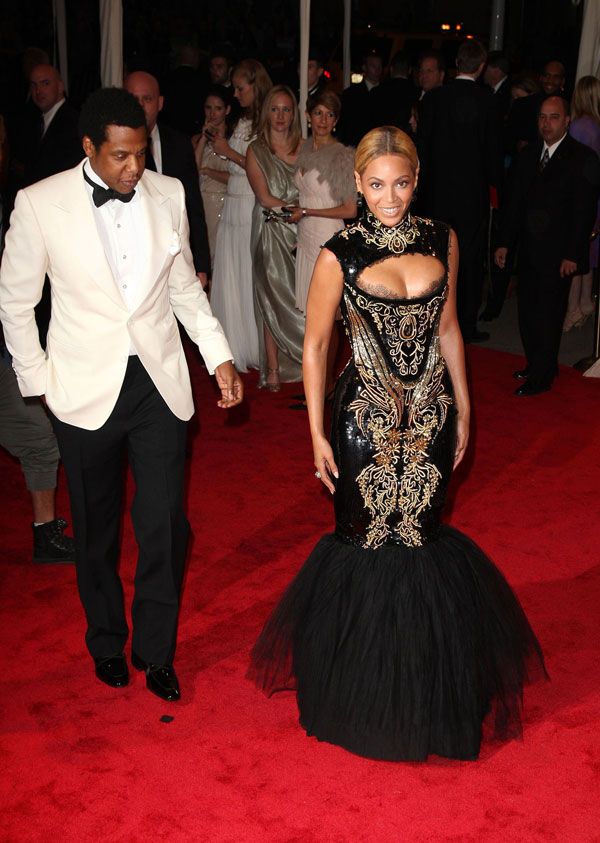 Beyonce, Jay Z Are Forbes' Highest-Earning Couple, Made $95 Million in YearNo wonder their vacations with Blue Ivy look so luxe! Beyonce and Jay Z earned more than any other celebrity couple this past year; topping Forbes' annual list of highest-earning star pairs, the singer, 32, and the rapper, 43, earned a combined $95 million between June 2012 and June 2013, the magazine reports.

Calling the spouses of five years (and parents to daughter Blue, 20 months) "the savviest businesspeople in entertainment," Forbes cites both Beyonce and Jay Z's still-strong presence in music and concert tours: Jay Z commanded $1.4 million per night for his American tour, while Beyonce's Mrs. Carter Show World tour garners an average $2 million per night. The pair also make bank through other channels: Jay Z represents major athletes in his new Roc Nation Sports agency and he holds a stake in Brooklyn's Barclays Center (though, like his ownership of the Brooklyn Nets, Jay is expect to dump his shares). Beyonce, meanwhile, has a successful fragrance collection, the House of Dereon clothing line and lucrative endorsements with Pepsi and other brands.

Landing in the second spot on Forbes list, with a combined take of $80 million, are Tom Brady and wife Gisele Bundchen; the New England Patriots quarterback and Brazilian supermodel earn staggering paychecks for their day jobs, with impressive endorsements as well.

This time, Brangelina will have to make do with landing in third. Brad Pitt and Angelina Jolie made a combined $50 million. Forbes points out that, unlike other duos on the list, Pitt, 49, and fiancee Jolie, 38, do not have larger businesses beyond their film work.

Dating for just over a year, Ashton Kutcher and Mila Kunis landed in fourth place with $35 million combined -- and new parents Kim Kardashian and Kanye West round out the top 5 with $30 million earned.