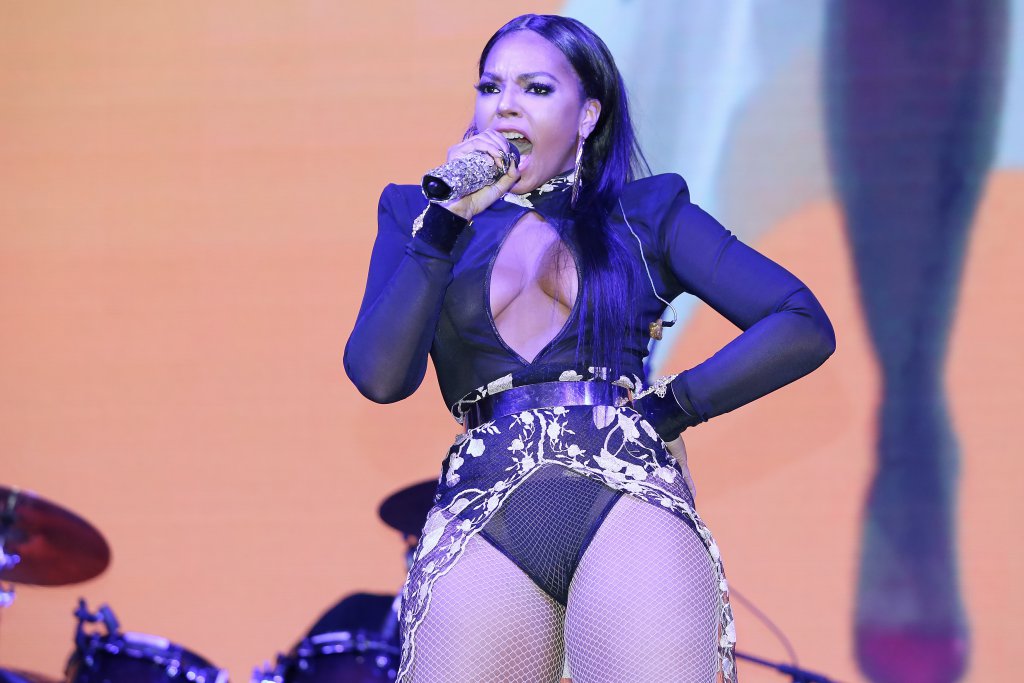 Ashanti called out a few fans in the crowd at her joint concert with Ja Rule in Honolulu over the weekend for throwing money at her as she performed, reminding them that she’s not that kind of girl.

“I’mma need you to stop throwing that money,” the singer said mid-performance to a group of crowd-goers. “I am not a f**king stripper,” she said to uproarious cheering from several fans.

TMZ reports that the money throwers were employees at a strip cub called Ballarrinas, which is near the location of the show. The owner of the club, Dyamin Thomas, took to his Instagram page to post about the comments made by the R&B singer, which accompanied a video of her performance.

“WAIT Ashanti ain’t that you in your background video throwing money ?” he wrote. “And aren’t you giving a lap dance ? Lmfao .. she ain’t say nothing to me but you gonna pick on the small white boy lol my Dj ? Damn.”