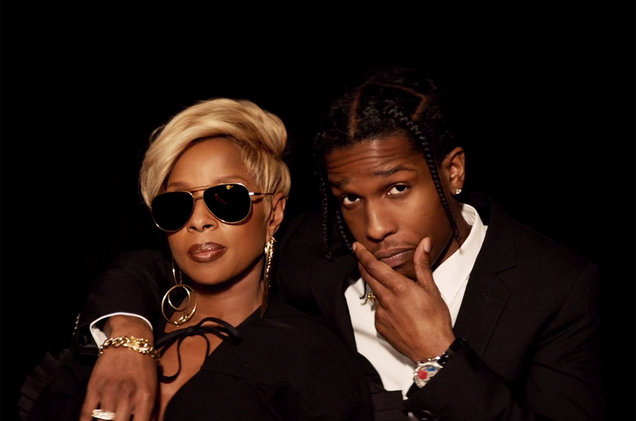 According to Complex, the clip was shot by directors Taj and Dre in both Los Angeles and New York City. The self-love anthem shows the Queen of Hip-Hop Soul stunting in regal ensembles like a fire-engine-red fur number, and a stunning blue gown with a floor-length coat to match.

The Harlem rapper, a fashion killa in his own right, also flaunts his runway-ready style by rocking a dapper, tie-less suit and a red track suit sans shirt throughout the visual. In one scene, Rocky and his twin even trade bars in the same room. Saxophone and trombone players plus a group of men dressed in all black with berets also appear.

Earlier this month, Strength of a Woman topped the R&B Albums chart and also served as Blige's 20th career entry on the list. Mary is also set to embark on the album's namesake tour with special guest Lalah Hathaway this summer.