AMERICAN IDOL CONTESTANT CLAIMS HE LOST BECAUSE OF DIDDY'S DRUNK A$$! 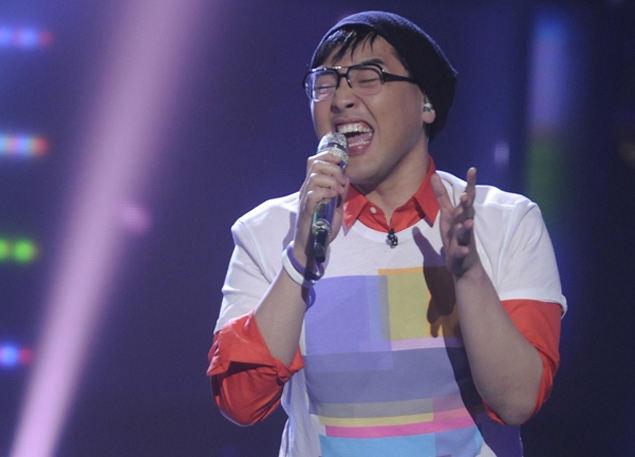 The 22-year-old Queens resident got the boot Thursday night, after surprising many critics for lasting as long as he did. And he probably won’t be receiving a contract offer from Diddy anytime soon.

“You do not wanna be drunk when you’re coming to American Idol session, OK?,” Han told a reporter for syndicated TV show “The Insider” about the rapper-turned-entrepeneur mentoring before a publicist could intercede.

The Korean-American from Flushing committed an even worse sin for an alumnus of “Idol” — he plugged the distinguished competition in a number of exit interviews.

“I was rooting for Jeremy, Sharon or Erika…but didn’t happen so I’m not gonna root any for now,” he told “The Insider.” “I'm just gonna watch ‘The Voice.’”

He done f**ked with the Blackball King! Nobody comes back from Diddy