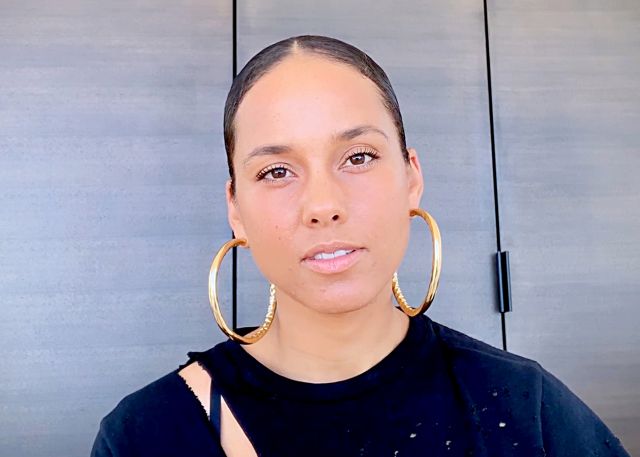 In a stunning new interview, Grammy-winning songbird Alicia Keys admits her life is an improbable dream come true – and that she very well could have ended up on the streets.

Keys, who grew up in Hell’s Kitchen before the neighborhood was gentrified, sat down with The Guardian to talk about her favorite songs and her latest album, “Gramercy Park,” which dropped Friday.

“Underdog,” one song off the album that she co-wrote with Ed Sheeran, is deeply personal, she told the outlet.

One line — “The hustlers trading at the bus stop / Single mothers waiting on a check to come” — sums up what the singer could have become.

She went on: “That is why I understand so much about what it means to have the strength to follow your own path. All the songs I’ve ever written that have been considered empowering or uplifting, I’ve written them at my lowest point. Because I needed to remind myself: don’t forget that.”

Hell’s Kitchen is now brimming with multimillion-dollar apartments, but it was hugely different when Keys was growing up.

On her mega hit “Empire State of Mind,” Keys spoke about working with Jay-Z.

“It feels unbelievable – we have this modern-day anthem of New York City,” she said. “But I remember that the first time I performed it in France, I didn’t have to sing one word. Listening to the crowd sing it to me, I realized it has nothing to do with New York, it has to do with hope. That you could have a dream and it could maybe come true.”