Adult Film Star Claims Lil Baby Paid Her $6,000 To Sleep With Her 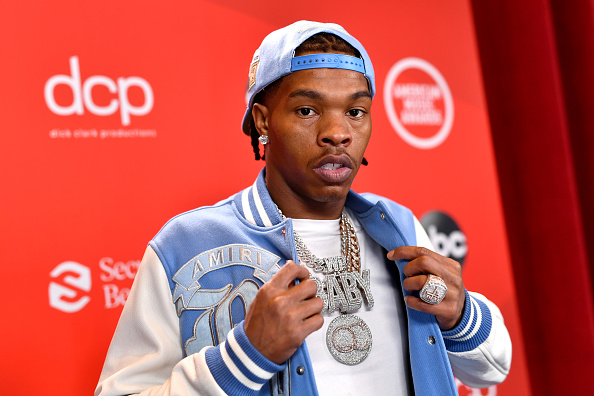 Early Monday morning (Dec. 7), tweets began circulating online, in which adult film star Ms London accused Lil Baby of paying to have sex with her. In the Twitter thread, which appears to be from Sunday (Dec. 6) and went viral earlier today, London began by claiming she had information to share with her 307,000 followers. "I'm legit about to talk shit all night‍," she started in a now-deleted tweet.

"Ok, I'm home, 6k richer & full of 1942," she said in a follow-up tweet. After posting that message, London dropped a few hints about her interaction with a person, without ever identifying them by name. "Not dropping no name, but Jayda not leaving this man ever‍," she writes. She appears to be referring to Lil Baby's girlfriend, Jayda Cheaves, who is also the mother of his 1-year-old son. 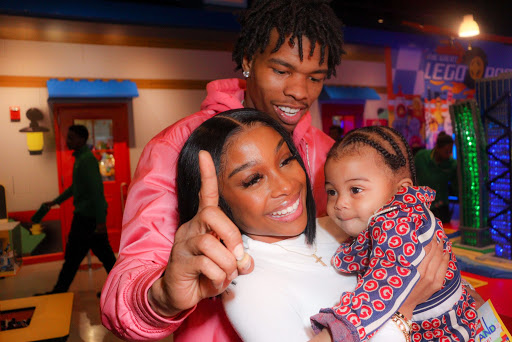 Ms London added some additional context about the alleged sexual encounter, writing that the man "didn't say more than two full sentences" to her prior to them engaging in sexual activity when she arrived.

Despite deciding against mentioning Baby by name, the adult actress calling out Jayda personally drew attention to the My Turn rapper and added to speculation that Lil Baby is the person Ms London was referring to. Fans of the three media personalities reacted for several reasons––namely, the rapper getting caught being unfaithful and supposedly paying $6,000 to have intercourse with the well-known sex worker.

In another set of deleted tweets, Ms London corrected the amount she claims to have been paid. "Correction 16k h could only send 9,000 on zelle the its be on my ass,"she wrote.

Then, in another message Ms London posted on Twitter, someone inquired if she had signed a non-disclosure agreement (NDA). She replied, "fuck I'm drunk bout I'm probably about to get [sued] tomorrow," seemingly suggesting that she did sign the agreement, but also violated it by discussing her sexual interaction with the Quality Control Records artist.

Lil Baby, Jayda and Ms London all woke up to being trending topics of social media this morning, causing Baby and Jayda to purportedly react to the accusations made yesterday. Jayda typed three green nauseous emojis. It's unclear if she is referring to the reports of her boyfriend's infidelity, but the tweets were deleted shortly after.

The QC rapper wrote a cryptic message about being using his likeness to clout chase. "Like huh ? Wtf be wrong with y'all people," he wrote in his first tweet. Baby added, "I get it !! Say Baby Name Get Clout Y'all Need To Stop The Desperate Shìt."

The 26-year-old rhymer posted two more comments that appeared to be tied to the allegations. "When shit going good watch for the devil !," he wrote. In the last tweet shared, Baby appears to have declared his innocence, writing, "Jayda been wit me my whole b day including Vegas yall be on bs ."
After the Grammy-nominated rapper and Jayda appeared to have issued their unofficial statements, the Atlanta native's eldest son's mother, Ayesha, shared her two cents regarding the incident.

"THIS MONEY AND FAME SHIT TREACHEROUS I NEVER WANTED TO LOSE, HURT OR DISRESPECT MYSELF IN IT THATS WHY I REMOVED MYSELF FROM IT AND I'M HAPPY CERTAIN SHIT AIN'T BEING DONE TO ME REGARDLESS OF THE BENEFITS," she wrote in her Instagram Story. "MY ONLY INPUT IS DON'T BE WILLING TO GIVE THESE HOES ONE NIGHT OF SELLING PUSSY MORE THAN YOU'RE WLLING TO SUPPY YOUR OWN CHILD TO EAT WIT A MONTH! CALL ME BITTER ALL YOU WANT THAT SHIT DON'T MAKE SENSE TO ME AND I'M SPEAKING FROM A PLACE OF NOT GIVING A FUCK WHAT A NIGGA DO WITH HIS DICK." Her post was deleted as well. 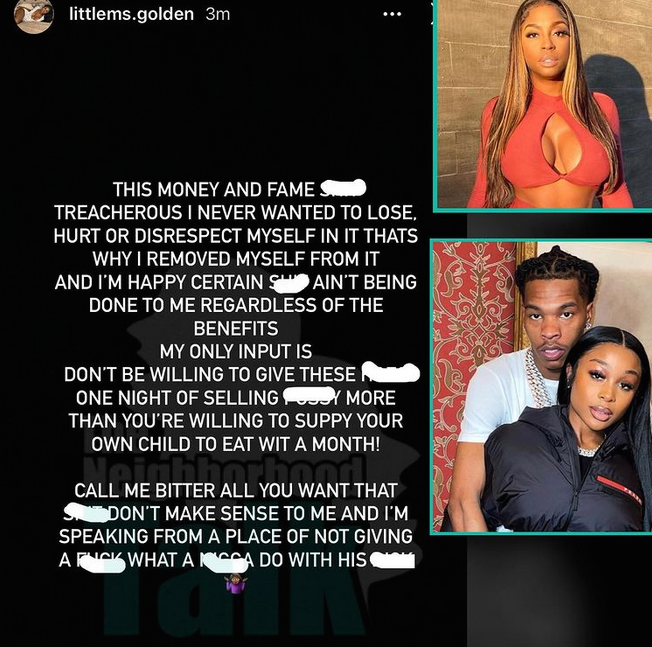 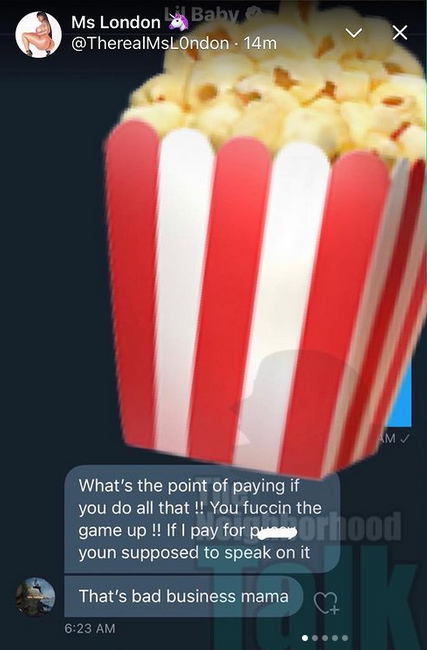 The message exchange between Ms London and Lil Baby has not been confirmed and it's unclear whether or not it is photoshopped, but Baby's Twitter bio name can be seen at the top of the conversation with a verified check next to it.

"What's that point of paying if you do all that !! You fuccin the game up !! If I pay for pussy youn supposed to speak on it," the message supposedly from Baby reads. The picture ends the conversation with another response, "That's bad for business mama," while a bag of popcorn covers up what Baby's alleged message appears to be in response to.

The news suggesting Lil Baby offered Ms London $16,000 for sex comes after the rapper's 26th birthday party, which took place on Dec. 2. This is the same event where Jayda and James Harden were each seen gifting the rapper with $200,000 Richard Mille watches. Lil Baby officially celebrated his birthday on Dec. 3. 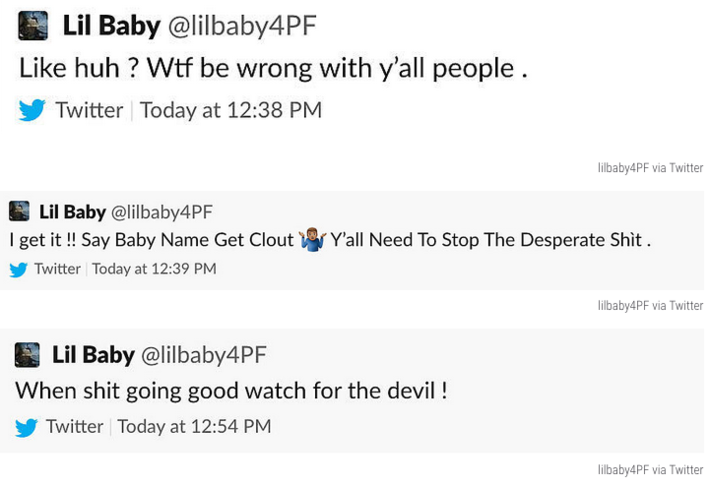