ADELE CANCELS ALL HER 2011 CONCERTS AS RUMORS OF THROAT CANCER SPREADS ON TWITTER! 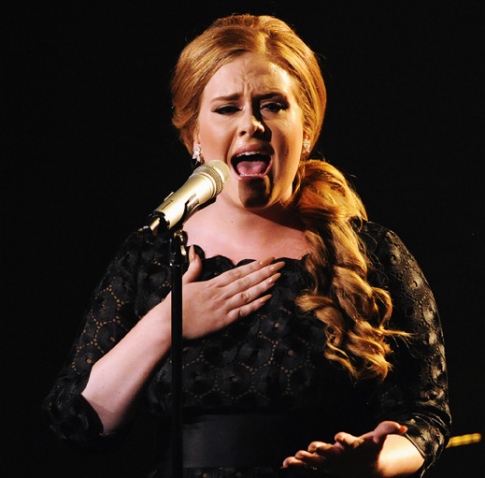 Fans of hit-maker Adele may have to rely on iTunes to hear “Rolling in the Deep” and “21.”

Since canceling her US tour dates earlier in October, the 23-year-old singer’s six remaining appearances in the UK have also been canceled, prompting suspicions around the Internet that the unspecified illness may actually be throat cancer.

“I’m heartbroken and worried to tell you that yet again I’m experiencing problems with my voice,” Adele most recently posted on her website blog.

Her official website indicated the cancelations were due to “illness.”

“Adele will be undergoing throat surgery to alleviate problems,” an official statement said.

A deluge of emotion has spread through Twitter, and users trending #prayforadele are perpetuating - and challenging - the rumor that Adele is suffering from the deadly disease.

"I have absolutely no choice but to recuperate properly and fully, or I risk damaging my voice forever," the soulful songstress said.

But as the London born star rests her voice and her management continues to remain mum on her illness - the silence has increasingly been filled with tweets that her apparently worsening condition is cancer.

"In tears just heard the news about what s going on with my favorite artist (sic)," tweeted one fan.

The health issues popped up in January and subsequently led her to nix a few shows in September due to a chest infection. But the young singer had seemed to bounce back quickly.

Whether or not the star has cancer, surgery on the vocal cords is a delicate operation and may require rest for up to one year for a full recovery, according to experts.