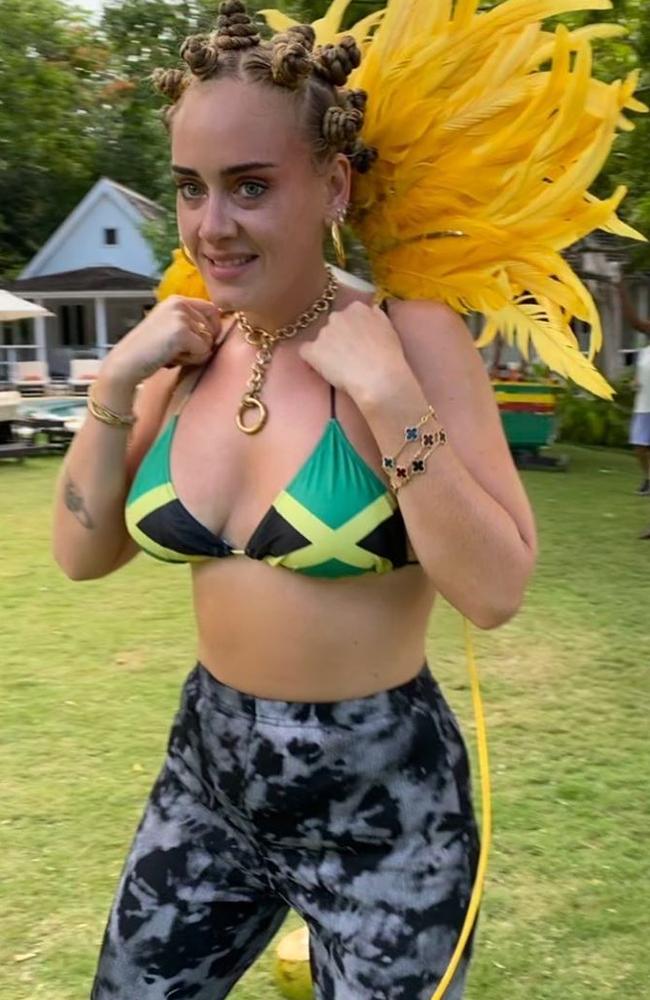 “Happy what would be Notting Hill Carnival my beloved London” she captioned the snapshot. The annual London festival usually takes place this weekend but was postponed due to the coronavirus pandemic. The revelry which attracts over two million people yearly celebrates the British West Indian community.

The Grammy winner was immediately slammed for sporting the hairstyle.

“This is what happens when you invite too many people to the cookout no more invites #Adele #Bantu,” wrote one user on Twitter while another opined: “With all this racial injustice going on @Adel (sic) thought this was ok?? #Adele #culturalappropriation”

However many came to her defense.

One person wrote: “They first criticized her for the decisions she made regarding HER BODY and now they are going to start this business of cultural appropriation … leave Adele alone. #Adele”