A LIE DEM A TELL! VYBZ KARTEL DID NOT ESCAPE FROM PRISON! 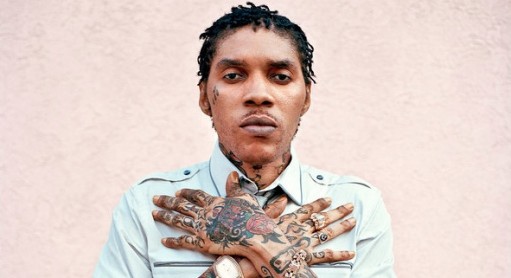 Early this morning it was reported that dancehall star Vybz Kartel (born, Adidja Palmer) escaped from the Horizon Adult Remand Centre in Jamaica with other inmates, after holding officers at gunpoint. Now the Jamaican Observer reports that the story was only a rumor, with Jamaican police claiming no knowledge of the incident.

According to the Observer, The Assistant Commissioner of Police, Les Green, said that the reports are false. "I know nothing about that. If that had taken place I would certainly have known," he said. Another unnamed police officer added, "It may be an attempt by his cronies to keep him in the news but they don't need to spread rumors to do that because he will be in the news for quite some time."

Earlier, it was said that Kartel and the other prisoners used a maintenance pickup truck to escape from the facility around 1:45 A.M., after swiping keys and clothing from officers to divert attention from themselves. One officer was said to be dead after suffering from a heart attack during the escape, while two others had been shot.

The 35-year-old performer was arrested at a New Kingston hotel on October 1, for possession of marijuana and he was being held on suspicion of two separate murders charges in the July 12 death of promoter Barrington "Bossie" Burton and the August 16 death Clive "Lizard" Williams.

Christian Tavares-Finson, a member of Kartel’s defense team, told MTV Iggy that the first murder charge was only a conspiracy count, based on charges that Kartel "[told] people that they should go and kill an individual who was shot in an area of Portmore [where Burton was killed].”

THIS NI**A RIGHT HERE IS THE WORST!