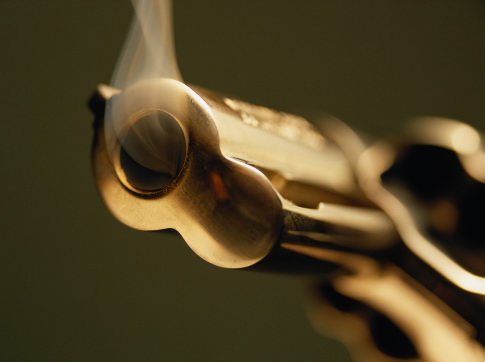 An 8-year-old boy toted a loaded 9-mm. handgun to a Queens school Thursday and sold it to a classmate for $3, cops said.

The third-grader who made the purchase at Public School 107 Thomas Dooley took the pistol home for show-and-tell with his mother, but she wasn't amused, police said.

The woman stormed into the Flushing school and told officials, police said.

An administrator then called cops and reported the shocking gun deal, cops said.

No one had been arrested as of tonight, but sources said the boy who sold the gun and his father face weapons possession charges.