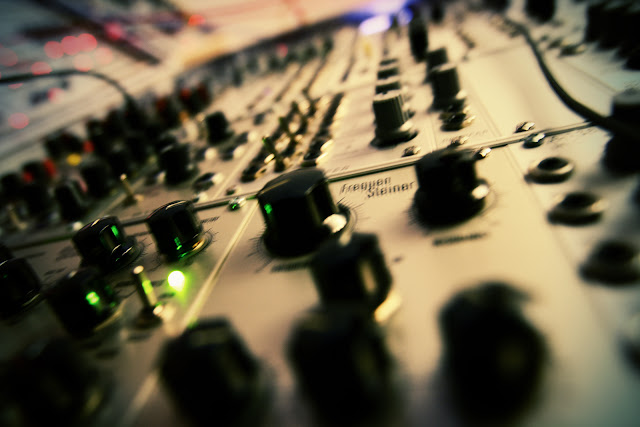 Over the years I have had many conversations with music artists about commercial music, which usually leads to them disclosing their disdain and hatred of it. Some refer to pop music (pop, as in what’s popular now) as commercial music. Others think of anything that is receiving heavy rotation on radio as commercial music. Whatever their definition, one thing is often overlooked: commercial music is the heart of the music industry which pumps the blood that keeps it alive.

So why then are so many music artists resistant to making commercial music? The answer that I’m often given is because they don’t want to “sell-out” their creative integrity by conforming to some industry version of what’s popular (i.e. what’s selling). It becomes very obvious to me that the problem is not commercial music, but rather the perception and definition of it.

The misconception is that the music industry created this rigid definition of commercial music. That fallacy is often perpetuated by music artists who or either unwilling or incapable of creating commercially viable songs. The truth is, the public dictates what is commercial, and for decades they have gravitated towards, embraced, and purchased records that adhere to a commercial music format.

If commercial music is the rule for success and sales in the music industry, there are inevitably going to be some exceptions to it, but unfortunately, the tendency is for music artists to try and become the exception, instead of observing the rules and why they exist.

Simply put: the rules of commercial music success have not, and will not change. Not in your life time or your children’s lifetime. They exist because it's human nature to reject the unfamiliar; in the music industry, similarity is the cornerstone of acceptance. This is why so many popular songs sound similar and contain familiar elements. It’s a rule that is prevalent in every genre, and on every continent.

There are those artists who do a masterful job of observing their own artistic values while delicately balancing the demands for commercial music by industry professionals.

Artists such as Prince, Sting and Bjork, have pushed the envelope of creativity for years. But artists of their caliber who possess such sublime talent and vision are rare.

For the sake of clarification and argument, I will offer my explanation and industry definition of what commercial music is; based on 25 years of listening to recordings as a music lover, music industry professional, and music critic in what I will call, “The 6 Rules of Commercial Music Success.”

They are songs that have the following:

1.) A strong hook/memorable chorus. If no one knows what your song is called, they can’t request it when they hear it on the radio. More importantly, they can’t buy it at retail…or track it down on the Internet to illegally download a copy of it.

2.) Good melody. Commercial music is characterized by good melodies (i.e. verses, choruses, and sometimes bridges that get stuck in your head and make you want to sing-along). What can the top selling hip-hop acts of the last 10 years (Tupac, Notorious B.I.G., Jay-Z, Eminem, and 50 Cent) attribute their success to? Good melodies (not cool beats) that increase the commercial value of their music...thanks largely in part to the king of modern hip-hop melody, Dr. Dre.

3.) Well-Produced. Coming from an r&b background where producers are a pivotal part of commercial music success, I did not realize until I became a consultant that many rock bands don’t utilize, nor value producers like r&b music acts. Perhaps they should since the record company often assigns producers to enhance the performance of songs (through their musical expertise) and enrich the records (through their experience and proficiency in the recording process), ultimately making them more enjoyable to listen to and, you guessed it…more commercial!

4.) Appealing lyrics. The lyrics don’t have to be profound; people just have to be able to relate to them. If you have a way of saying common things in an uncommon way, your lyrics will have an edge over the songwriter whose song is about the same topic. Write about what’s closest to your heart for credibility and sincerity, and others will be able to relate to your songs – especially if it’s on a subject matter that they know or will experience.

6.) Well-Performed. Most outstanding vocalists are often surprised by how low this rule is on the list. The fact is that there are more mediocre songs performed by outstanding vocalists, than there are mediocre vocalists performing outstanding songs. A good song that is well-performed gives it an edge, but if the song is lacking, all of the yelling and vocal acrobatics that singers tend to use to compensate for it, will not make it a better song….though it may help the singer to attract better songwriters to work with.

Now that you know the 6 rules of commercial music success, hopefully you will be able to use this information to your advantage and create songs that will increase your chances of success in your professional music endeavors…or you can ignore them and continue to wonder why no one (other than your friends and family – all of which listen to commercial music) like your songs.