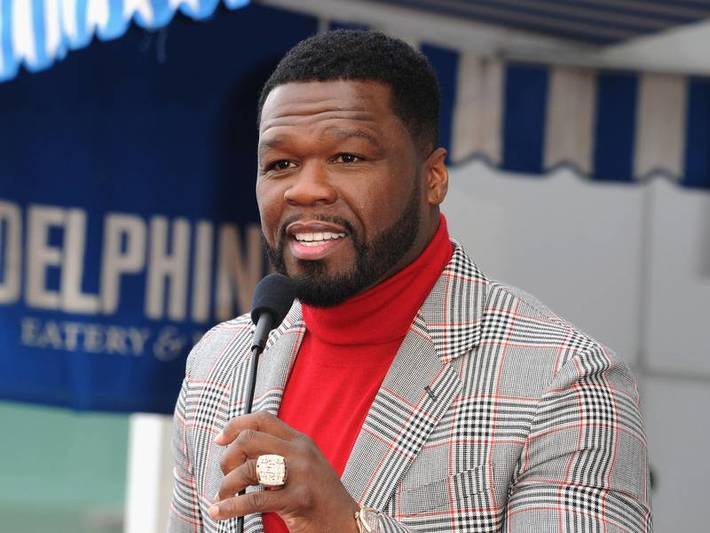 The 'In Da Club' rapper shared the stunning video on Instagram which has gone viral in the past 24 hours, showing several officers following Jacob Blake to his car, before firing 7 bullets into him as he opened the driver side door.

"No way what the f--k kinda law enforcement is this? Shot this man 7 times in his back, in front of his kids," the rapper posted.

Following the shooting, protests erupted overnight in Wisconsin and a crowd gathered at the Kenosha County Public Safety Building and were chanting "no justice, no peace."

By Sunday night, protestors had set multiple vehicles on fire and smashed including a city dump truck that had been positioned to prevent traffic from heading toward the police department.

Police responded by firing tear gas at demonstrators, early Monday morning, in an effort to disperse the crowd.

At this point, the Wisconsin State Department of Justice is investigationg the officers for their part in the shooting.

In a press release, the Governor identified the man who was shot, as Jacob Blake, and he was airlifted to a Milwaukee hospital in serious condition.

A serious debate over the shooting erupted on Fifty's Instagram page in reaction to the video.

"You guys are crazy for talking about if he reaching man. The whole point and WE ALL KNOW is that if that was a white man he would have never been gunned down like that. We were making progress let's not go back to the fear as if every time the cops come around we fold like slaves. Again, WE ALL KNOW. if that was a white person they would have never been shot like that. Don't lose sight of the truth. Those cops are wrong," one person posted.

Another said, "SERIOUS QUESTION: I’m far from pro-cop but If it was you (as an officer), what would you do? If someone goes back to their car and you don’t know what they’re reaching for how would you handle this?"

Attorney Benjamin Crump, who is representing Blake's family and the family of George Floyd, said Blake was helping to de-escalate a domestic situation and that his three sons were in the car.

"They saw a cop shoot their father," Crump tweeted.

He continued, "They will be traumatized forever. We cannot let officers violate their duty to PROTECT us. Our kids deserve better!!"

Two officers involved in the shooting have been put on leave pending the investigation.