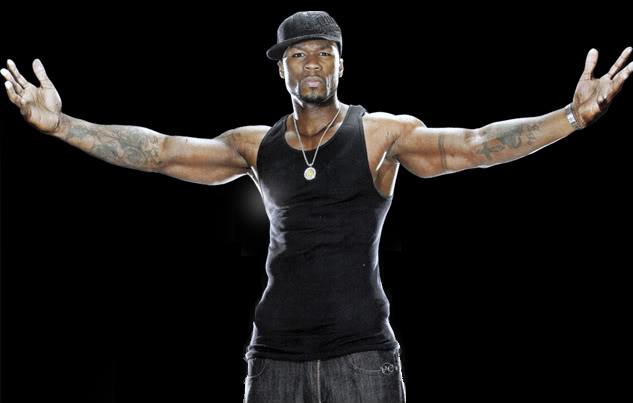 Before dropping “Remain Calm,” the first release from his Gangsta Grillz mixtape The Lost Tape, 50 Cent phoned into DJ Drama’s Shade 45 show on Friday. The rapper-turned-actor, who was in Las Vegas taking a break from shooting his $70 million action-thriller The Tomb with Sylvester Stallone and Arnold Schwarzenegger, had a lot to get off his chest.

He discussed a potential tour with Dr. Dre and Snoop Dogg, his thoughts on the Tupac Shakur hologram at Coachella, the Forbes Five list of hip-hop’s top moneymakers, and a Notorious B.I.G. hologram (“I think Puff already called the people”). Plus, find out why 2 Chainz and Future get his stamp of approval.

On who he sees potential in: “Definitely 2 Chainz ’cause he’s been around. He’s one of them guys that’s finally having a moment. I remember when he was in Playaz Circle. I know it’s been years and years of work. And the kid Future. He’s got some hits under his belt that ain’t under his name, like that ‘Racks’ joint. I watch. It may seem like I’m doing business in different areas and doing different things, but my passion for music hasn’t changed.”

On a potential tour with Dr. Dre and Snoop Dogg: “I would go in a heartbeat, just ’cause I don’t think that there’s another moment like that. Coachella felt special ’cause [Dre] hasn’t put out an album in 12 years. This [was] the first time you actually seen him speak, like on stage talkin’ and I think that he fell in love again.”

On whether he and Dr. Dre had a fallout after Dre was photographed with his rival Rick Ross: “Nah, you know what I know about Dre, he has a thing where creatively he’s sayin’ if there’s a hit, wherever it is, I’m gonna go get it. I don’t care. These are people that I have strong relationships with, that have done things for me that I appreciate. The difference between me and a lot of the characters that you see me have conflict with is you don’t bite the hand that feeds you. I’ve been raised that way, so I don’t go against that.”

On record sales: “I can be concerned about being relevant to the culture and recapturing the energy you had once upon a time, not an actual number. It’s not even about the actual number on sales.”

On the Tupac hologram at Coachella: “That was dope. When we went to the rehearsal, I talked to Snoop about it and I said, ‘Damn, man. That’s the moment right there. I don’t care what nobody else do.’ It was interesting because Dre gave it to Snoop. It was a real cool, cool thing ’cause I don’t think Dre and Pac ever performed ‘California Love.’”

On whether he would perform “The Realest Killaz” with the Tupac hologram: “I’d love to do that. I couldn’t see how a person would be uncomfortable with it. I would want to keep him alive. It makes him an icon—he’s iconic anyway, but it makes him almost a martyr.”

On a Biggie hologram: “I think Puff already called the people. I think he already been on the phone like, ‘What? I know my next tour is me and B.I.G. We goin’, baby.’ They probably started 3-D rendering already. Puff, they can say whatever they want about him, he ain’t gonna miss a moment.”

On the Forbes Five list: “The Forbes list is fine, but I’m still on the wrong list. I need to be on the [Fortune] 500, the company list without it actually being hip-hop. In order to do that, we gotta do business on a whole other level.”