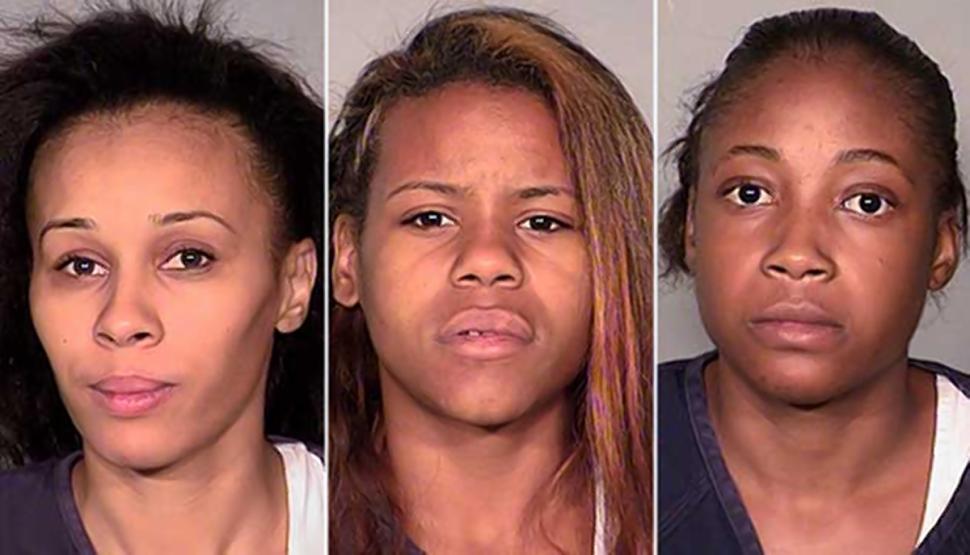 A pair of Rolex watches stolen from two men in a Las Vegas hotel were recovered after found inside their alleged thieves' vaginas, said police.

The timepieces, valued at $12,000 and $4,000, went missing last week after police say their three female bandits flirted their way inside their victims' room at the Encore hotel-casino, Fox5 reported.

Bryanna Warren, 23; Trinity Kennard, 23; and Charmella Triggs, were eventually collared after elevator video surveillance captured two of them hiding the watches inside of them, according to the Aug. 17 police report.

One of the two victims, a tourist visiting from India, told police that the trouble started after first meeting Warren and Triggs at the hotel's bar around 3:30 a.m. and the women slipping him their phone number.

About 30 minutes later, after stumbling into him again in the hall, they joined him for drinks in his room before one of his friends joined them, as well as Kennard.

It was while two of the women were performing some kind of sex act on the men in separate rooms that police said the men noticed their watches were missing after they were taken off.

When confronted about the theft, the women fled the room and into an elevator while threatening to shock the trailing men with a stun gun.

They were allegedly then filmed inserting the watches inside of themselves.

The women were collared downstairs by police and the pricey watches were recovered.

Mofos are such suckers for some pussy!

That pussy ate both his rollies …….