Starbreakers has not received any gifts yet

“Outta Pocket” by Avokid is an upbeat, unapologetic single that promotes misbehavior and rebellion with suggestive lyrics to encourage you to break the rules of society and step outside of the norm.Avokid is an independent artist based out of Charlotte, North Carolina. His rap style is distinct with a strong heavy voice and sagacious lyrics.…See More
Oct 6
0 Comments

Mekke’l Carter Blasts Out, “It’s the Vibez for Me” Check Her Out Immediately; You Will Never Look Back

Mekke’l Carter is no stranger to the spotlight. She is a multidimensional powerhouse in the fields of music, acting, and art. She is a top-five billboard charted singer and songwriter that has worked with some of the finest talents of the music industry, and it’s no surprise that her current project has her working with none other than Malik Yusef, the six-time Grammy winner and musical genius behind Kanye West’s GOOD MUSIC. One thing that stands out about this amazingly talented starlet is her…See More
Sep 8
0 Comments

After taking some time off to record their first group album titled 'Blood Sweat & Tears', Brockton, Massachusetts based Block Dwellerz are back with “Translate”, a collaboration with Harlem’s own Vado. The record was produced by Mizzery. Block Dwellerz opened for some of their first shows with Vado and years later brought him to perform for his first time in their city of Brockton, and later record “Translate”. Block Dwellerz Blood, Sweat & Tears album expected to be released some time…See More
Aug 28
0 Comments

Rapper Jones Serenades The Ladies with The Radio Friendly "Mamacita"

Rising Hip Hop artist Jones is creating a huge movement one fan at a time. He creates musical murals with his songs. The Texas born; Mississippi raised wordsmith has a mature soul with a contemporary attitude. Jones approaches every note with fearless class. His voice is pure and authentic. The multi-talented rapper is known for his energetic and noteworthy performances. His relentless drive and outgoing personality enabled him to showcase his amazing stage presence at different venues…See More
Aug 24
0 Comments

Sometimes you just gotta show out so up-and-comer $windlaaa tapped the homie Trapland Pat, grabbed Director ShotByJolo and shot this visual for his latest single, "Backend."Raised in New York and Miami, $windlaaa, a rising star in hip hop, and Trapland Pat, have much more in common than just music. Prior to deciding that music was their career lane of choice, each of these young men attended college on football…See More
Aug 8
0 Comments

Richmond, VA Artist DJ Tootrill Shows You How To "Break It Down"

“BREAK IT DOWN”, New song by Richmond, Va. artist Elkridge Chase feat. DJ Tootrill, has been taking over the airwaves and strip clubs across central Virginia. Elkridge Chase, a new face to the rap scene, comes across as both edgy & energetic. His detailed bars of raunchy encounters in front of night clubs has his new found fans stifled, yet continuously begging for more. In less than a month You can find “Break it Down” in Numerous memes and viral videos including the Imfamous couple…See More
Aug 4
0 Comments

After dropping the hit singles' “Broken Child” and “Baby Blues'', urban sensation ”YVNG VIRAL” follows up with his very first highly anticipated album, UNKNOWN WORLD presented by BIGFACE MUSIC WORLD.UNKNOWN WORLD is a compilation with an “out of this world” storyline. Literally! Produced by Bigface, Javi Dang, and Lavey Beats, this album takes you into YVNG VIRAL’s journey as he takes off in a rocket ship into outer space. Suddenly, things go terribly wrong leaving him in an unknown…See More
Jul 31
0 Comments


Noochie began releasing music at the age of 17 and first came to national attention with the release of his 2016 Bigga Rankin-hosted mixtape, “Product… Continue


Noochie began releasing music at the age of 17 and first came to national attention with the release of his 2016 Bigga Rankin-hosted mixtape, “Product… Continue 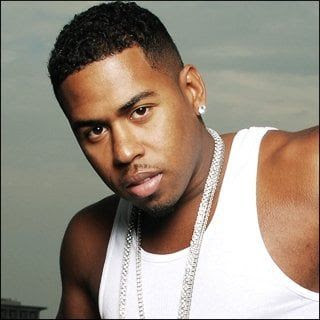