T.I. GETS RELEASED FROM JAIL ONE MONTH EARLY! 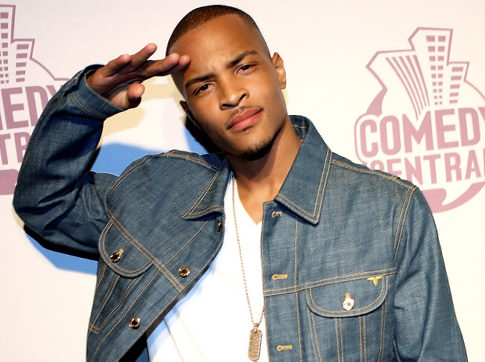 Rapper T.I. has been released one month early from a federal prison in Arkansas, where he was serving time for violating his probation for a previous weapons charge.

Federal Bureau of Prisons spokesman Chris Burke told MTV.com that the "Whatever You Like" rapper, whose real name is Clifford Harris, was released from Forrest City Correctional Facility at 7:29 a.m. on Wednesday.

He was then taken to a halfway house, where he will serve out the remainder of his 11-month sentence.

"Feels great to be back where I belong," T.I. tweeted shortly after his release. "Back in the arms of those who need me the most."

LOCKED UP: CELEBS WHO POSE FOR THEIR MUG SHOTS

"The storm is over & da sun back out. IT'S OUR TIME TO SHINE SHAWTY!!!!! Welcome to the beginning of our Happy Ending!!!!" he added.

The rapper was sentenced to 11 months in prison in October for breaking his federal probation after he was arrested in Los Angeles on drug charges. He had been set for release at the end of September.

He previously served about seven months in the Arkansas prison in 2009 before being released on probation.

T.I. was originally arrested in 2007 after trying to buy unregistered guns and silencers from undercover federal agents. That came after his best friend was killed following a post-performance party in Cincinnati the year before. The rapper has said the bullets that killed his friend were meant for him.